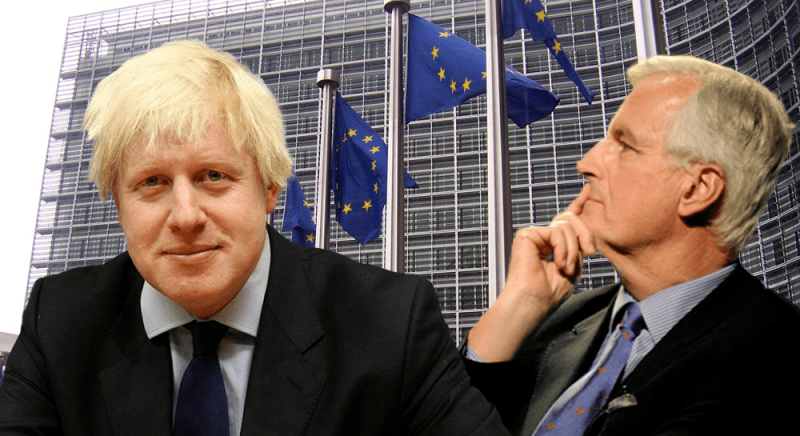 In an interview with the Guardian and seven other European newspapers, the EU’s chief Brexit negotiator said any British government would face a “proportional” response if it sought to roll back core social, environmental and consumer standards.

The EU and UK have agreed to negotiate a free-trade agreement as part of Boris Johnson’s revamped Brexit deal, but Barnier stressed that tariff and quota-free access to the EU were linked to maintaining regulatory standards. “Access to our markets will be proportional to the commitments taken to the common rules,” he said. “The agreement we are ready to discuss is zero tariffs, zero quotas, zero dumping.”

While he did not go into details on the EU’s response to “dumping” – ie products made cheap by unfair competition – he said measures would be “proportional”.

Government ministers have denied reports of any divergence from EU regulation on workers’ rights and the environment, after the Financial Times obtained a leaked documentthat said the two sides would have “a very different” interpretation of those standards.

Labour is alarmed the government wants to tear up worker and consumer rights, after Boris Johnson abandoned Theresa May’s promise for the UK to match future upgrades to EU standards. The prime minister has promised to abide by existing standards to maintain “the level playing field” the EU requires to negotiate a free-trade agreement.

Barnier said maintaining “fair” competition, rather than “wild” deregulation, was in the interests of the UK, and he warned that the EU-UK free-trade deal could be blocked by any one of three dozen national or regional parliaments. “Don’t underestimate the difficulties of the process of ratification,” he said, referring to the trade deal, but also other agreements the UK must negotiate in the coming years. “If it is not ratified, we return to zero.”

Speaking in his first interview since being appointed one week ago to lead the EU’s taskforce on future relations with the UK, Barnier also said:

Barnier was speaking shortly before parliament debated a snap December election that would deepen the uncertainty over Brexit.

Brexit is scheduled for 31 January at the latest, leaving the UK just 11 months to negotiate a future relationship that covers trade, security, foreign policy and numerous technical topics, including transport and fisheries.

Barnier said the EU would be ready to launch negotiations on the future “the day after” the withdrawal agreement was ratified. His team would prioritise trade and security among other topics, while some subjects would take more time. “We cannot do everything in 11 months, we will need more time,” he said.

In a potentially helpful intervention for Johnson, Barnier said it would be possible to negotiate “the principle elements” of a free-trade agreement to avoid an economic cliff edge before the end of 2020.

That means by January 2021, the UK would have a basic free-trade deal with its biggest market, an outcome estimated by experts at the UK in a Changing Europe programme to reduce GDP per person between 2.3% and 7% within a decade.

Barnier disagreed with suggestions that extending the transition period was inevitable, but said the UK would have to pay a “proportional” contribution to the EU budget to remain in the single market beyond 2020. The withdrawal agreement allows a one-off extension of either one or two years.

Barnier said Brexit talks had taken longer than the EU expected, adding that “due to the British political situation we are obliged to be patient”.

He now has a one-year, renewable mandate to oversee the EU’s future ties with the EU. European leaders were impatient to end “this negative negotiation of separation and divorce and to open a new page on the future relations” he said. “And we are preparing for this. We are ready for this.”