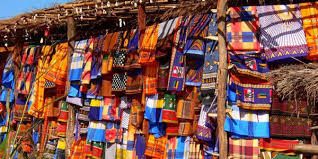 Mozambique and Indonesia on Tuesday, at the premises of the Maputo Trade Fair, in the district of Marracuene, signed a preferential trade agreement.

The Mozambican Minister of Industry and Trade, Ragendra de Sousa, said the agreement opens opportunities for the Mozambican business class, which could find a variety of markets for its goods in Indonesia.

The agreement, Sousa said, stresses agriculture and textiles as Mozambique’s particular areas of interest. He believed that Indonesia would be a partner in the government’s attempts to revive the Mozambican textile industry.

"I should also add that Indonesia is a gas producer, and from it we can seek experiences in the production and distribution of energy", he said.

For his part, the Indonesian Minister of Trade, Enggartiasto Lukita, stressed that this is the first trade agreement that Indonesia has signed with an African country.

He agreed with Sousa that the agreement opens opportunities for businesses of both countries, "and a short while ago, we were discussing how we can exploit these opportunities. Starting from this preferential agreement, we want to exploit the gas area, but also the area of processing products and exporting them to various markets".

Lukita said his country wants to make Mozambique a pole, from which Indonesian products can be re-exported to other markets.