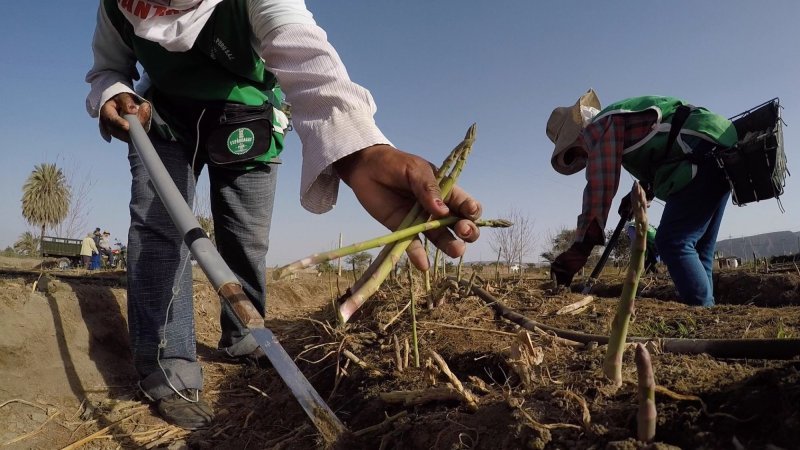 It is the season of renewal and regeneration. The festival of Beltane, approximately halfway between the spring equinox and summer solstice, was and continues to be celebrated on May 1 in Ireland, Scotland and the Isle of Man. Beltane, is a joyous celebration of rituals to protect crops and people and encourage growth. It marks the yearly passage into the growing season and the greening of the earth and coincided with driving the cattle out to summer pastures.

May is the month for local strawberries. The moon is named Ohiaihah—Little Ripening of Berries Moon by the Onandaga people of the Iroquois Confederacy. Asparagus abounds at local farm markets. These spears are flavorful and stout. These are not the skinny spears available all year long that current trade pacts have forced on us.

Today agriculture, or agribusiness, runs counter to earth systems. According to the lead article in the March 2016 National Geographic on food waste, agriculture is “responsible for 70 percent of the planet’s fresh water withdrawals, 80 percent of the world’s tropical and subtropical deforestation and 30 to 35 percent of human-caused greenhouse gas emissions.” Nature, within the framework of current agriculture, is a commodity. Commodification relegates soils, water resources and humans to objects of trade. That which is commonwealth is for use by corporations to increase their economic worth. Corporate policy promotes extraction of water, gas, lumber and ores and depletion of soil fertility until no longer profitable. Mitigation of any environmental damages is slow or abandoned to national governments. Loss of jobs is rarely a consideration. (Think to the future when the utility companies shut down the aging nuclear power plants after having earned profits and high dividends for shareholders for decades. Think about when they abandon the massive cleanup of radioactive wastes to the government /our tax dollars.)

In the early 1990s, President Bush I, or “the First,” was involved in negotiations that resulted in the North American Free Trade Agreement (NAFTA). NAFTA created a continental U.S./Mexico/Canada trade bloc. Although there was opposition by labor, environmental, religious and consumer groups (core Democrat constituencies), Bill Clinton championed NAFTA when he won the presidency, Congress ratified it and Clinton signed it into law on December 8, 1993. NAFTA took effect on January 1, 1994. In December 1993 at the Summit of the Americas in Miami, the Free Trade Area of the Americas (FTAA) was first publicly proposed. It would eliminate or reduce all tariffs among all the countries of the Americas except Cuba.

NAFTA was supposed to increase growth and prosperity in North America. Instead it fulfilled Ross Perot’s prophecy of the “giant sucking sound” of U.S. companies fleeing to Mexico to lower wages, and lower environmental and labor protections. (The “sucking sound” from our own industrial North to the un-unionized South had happened decades earlier.) Trade deficits, i.e., the gap between U.S. imports and exports, surged and reached historic levels during Bush II’s administration. In the first term of Bush II, the U.S. lost 1.9 million jobs. Food imports into the U.S. from both Mexico and Canada increased. Food safety standards on imports decreased as U.S. government food inspection agencies were overwhelmed.

Some 170,000 smaller scale family farms in the U.S. have gone under in the 20 years since NAFTA went into effect. NAFTA drove Mexican peasants off their ancestral lands into cities, to the border maquiladoras, and to El Norte. NAFTA paved the way for U.S. companies and Mexican subsidiaries to plant the massive fields of winter tomatoes and cucumbers and berries for the North American markets without any consideration for aquifer depletion on marginal border lands. Mexico, the birthplace of corn, now imports corn from the U.S. When U.S. agribusiness began dumping corn at below costs of production into Mexico, prices paid to Mexican farmers for corn fell 70 percent.

The worst of NAFTA is that it has elevated individual corporations to the level of the sovereign signatory governments. Investors/corporations can directly challenge a government’s environmental or labor laws, regulatory permits, consumer health and safety policies and financial regulations if they suspect that these undermine “expected future profits.” Investors bring the case before a World Trade Organization (WTO)-appointed tribunal of three private attorneys (from either the World Bank or the U.N.) that rotate between acting as judges in these “investor-state” cases and representing the investors. The tribunals are empowered to order unlimited amounts of taxpayer funds to compensate the investor if the ruling favors the latter. Investor-state cases have doubled in the second 10 years of NAFTA.

Late last year, after a decade of litigation, the U. S. Congress repealed the law requiring retailers to include the country of origin of red meat. The meat industry had fought the country of origin or COOL law since the early 2000s. The WTO repeatedly ruled against the U.S. and had recently authorized challengers Canada and Mexico to begin extracting $1 billion in economic retaliatory tariffs against the U.S. The repeal of COOL is a setback to the food labeling movement.

After NAFTA, the Bush II administration negotiated and signed CAFTA or the Central American Free Trade Agreement. (It passed by one vote in the House of Representatives.) CAFTA was to bring prosperity to Central America. Instead labor and environmental standards declined, privatization and deregulation of public services increased, immigration northward became an even steadier stream, and the Central American countries are now racked with drug- and gang- related violence. George “W” bragged that when he entered the White House the U.S. had trade agreements with only Mexico, Canada, and Israel. When he left office, the U.S. had trade agreements with 17 countries.

The Obama administration is pushing hard for Congressional ratification of the Trans-Pacific Partnership (TPP), the “mother” of all trade agreements. This latest “free trade” agreement, which will again stick it to American consumers and workers, is between the U.S., Australia, Brunei, Canada, Chile, Japan, Malaysia, Mexico, New Zealand, Peru, Singapore and Vietnam. (I noticed that Trader Joe’s advertises New Zealand Grass-Fed Angus Burgers. There will be many more pounds of far-traveling New Zealand meat available if TPP is ratified.)

The TPP will be quite the coup for U.S. and transnational corporations at the expense of the citizenry of the countries within the pact. In the U.S. it will make it easier for corporations to ship jobs overseas, further depressing domestic wages and exacerbating income inequality. Imported, unlabeled, possibly minimally inspected and thereby unsafe foods will more easily find their way into our supermarkets. TPP has given Big Pharma corporations a new monopoly to keep cheaper generic drugs off the market. TPP, like all the other previous pacts, allows corporations to sue governments if the environmental and health regulations in place threaten profit margins.

Peru is likely to be the first country to ratify the TTP, despite widespread protests. After Peru signed a TPP-like free trade pact with the U.S. in 2007, the economy and the middle class grew, and poverty decreased. However, societal costs included criminalization of protestors and immunity for police and the military in squashing indigenous resistance to foreign land appropriations in the Amazon. In June 2009 dozens of indigenous Peruvians were killed and hundreds arrested in the Bagua military-perpetrated massacre. Increased logging for export is predominantly illegal, and it has been documented that gold mining often involves slave labor. Peruvians are concerned that environmental and labor standards currently unenforceable under the current pact will further deteriorate under TPP. One concern among others is that less expensive generic drugs will become unavailable to Peruvians under TPP.

Regarding asparagus, 20 years ago there was no Peruvian asparagus sold in the U.S. Today Peru is the largest exporter of fresh asparagus and second to China in the export of canned or jarred asparagus. Ninety-nine percent of the asparagus, both fresh and processed, is for export. Mexico is exclusively in the fresh asparagus market. It exports 95 percent of the asparagus it grows. Asparagus is not feeding the masses in either Peru or Mexico. Instead, land that might have been owned by smaller farmers growing food for local consumption is lost to big Ag.

In Peru asparagus monoculture/agribusiness has resulted in water shortages in the Ica Valley. Most of the asparagus is grown in the Ica Valley, one of the driest places in the world. It is a reclaimed desert, greened by water manipulation/managed irrigation. Water is severely rationed to the inhabitants. However, one giant asparagus farm uses as much water per day as the city of Ica, population 200,000 plus. Small farmers have sold land to asparagus agribusiness as the water table in the valley plummeted. Water is diverted from the Ica River, which rises in the mountains and is already compromised because of mining pollution.

In our part of the world asparagus is harvested in the spring for four to five weeks a year. Then it is fed manure or compost to promote the next spring’s spears. In Peru, the plants are forced into dormancy by switching off the water. Water is introduced and the spears appear. Peru has the highest yields globally. Labor costs are low and water is cheap. Peruvian asparagus caused asparagus prices to fall drastically in the last decade and a substantial number of U.S. growers went out of business. Imported asparagus has a high carbon footprint (read air miles). One other thing to keep in mind when you eat the spears year round is that all asparagus entering the U.S. is sprayed with methyl bromide, a fumigant, pesticide and ozone depleter.

More about the TPP next time….