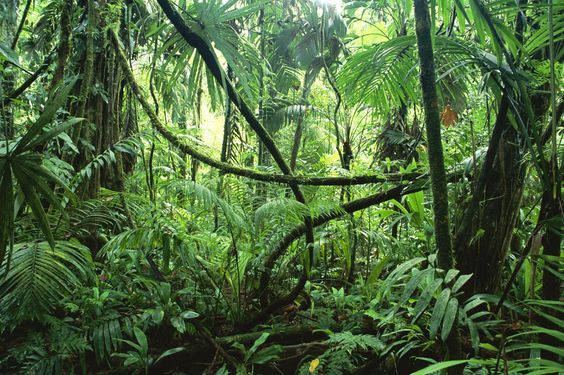 Asia has some of the world’s most extensive forests

In an era of rising anti-globalisation and protectionism, countries in the Asia-Pacific region have turned their eyes to the China-backed Regional Comprehensive Economic Partnership (RCEP).

The regional free trade proposal aims to reduce barriers for trade and investment flows among 10 Southeast Asian countries and their six free trade agreement partners: Australia, China, India, Japan, the Republic of Korea and New Zealand. These 16 countries together account for about half the global population and produce around 30 per cent of world output. If the RCEP is established, it could become the largest free trade agreement in the world.

But right now, the RCEP is missing a critical component—protections for forests, which play a significant role ecologically and economically in RCEP countries. Without protections included in the agreement, its passage could fuel deforestation and illegal logging. To save the region’s forests, the RCEP should incorporate existing international frameworks and create cooperation mechanisms for forest governance.

Forests are a huge driver of RCEP economies In Southeast Asia, up to 70 million people rely on forests for their livelihoods, nutrition and food security. The RCEP includes some major timber producing, processing and consuming countries, including Indonesia, China, Vietnam and Japan. Indeed, UN Food and Agriculture Organization (FAO) data suggests that RCEP countries made up around one-sixth of world forest area and one-fourth of the trade value of global forest products in 2015.

According to FAO’s Global Forest Resources Assessment, seven RCEP countries are more than 50 per cent forest by area. Yet many RCEP countries have witnessed rapid deforestation and forest degradation in recent years, often because of illegal logging and associated trade. Southeast Asia has one of the highest deforestation rates in the world, with 1.2 per cent of the forest disappearing annually. Deforestation and forest degradation result in the loss of biodiversity and related ecosystem services, and fuel climate change by increasing greenhouse gas emissions.

To avoid these impacts, the RCEP should make sure it promotes and protects the legal trade of forest products. There are existing frameworks through which RCEP countries have already acted to combat illegal logging. These are most commonly found in legality requirements at the national level, but also exist in policy dialogues at the regional level.

For example, the Expert Group on Illegal Logging and Associated Trade (EGILAT), which includes 12 of the 16 RCEP countries, was established in 2011 to strengthen cooperation and coordination on this topic at the Asia-Pacific Economic Cooperation (APEC).

The RCEP should incorporate these existing commitments and establish new mechanisms to combat illegal logging and associated trade. In the short term, the RCEP should reinforce existing protocols such as the UN Convention on International Trade in Endangered Species (CITES), which regulates trade in endangered timber species, especially rosewoods.

A few RCEP countries also have logging and export bans on different timber products, and the RCEP should reinforce those policies. In the long term, the RCEP should go beyond existing protocols and strengthen procedures to also protect forests not covered by current treaties. Each member economy should enhance their forest governance capacity through information exchange and enforcement cooperation, for example by establishing a law enforcement network through the RCEP.

China is not just a major proponent of the RCEP. It is also the world’s largest processor and trader of forest products. That means the country has an enormous role to play in promoting legal and sustainable forest management and trade.

While China has demonstrated its commitment nationally to sustainable forest management and legal forest products in recent years—through actions such as the ban of commercial logging in its natural forests and successful implementation of CITES—the RCEP is a great opportunity for the country to take more responsibility in global forest governance. It could save the region’s forests by pushing for requirements on forest legality and sustainable forest management in RCEP negotiations.

RCEP countries are aiming to complete negotiations by the end of 2017. That means there is less than a year for member countries to rectify the oversights present in current drafts. Failure to safeguard forests in the final document would be a massive oversight on the part of the signatories.

Bo Li is Research Analyst, Forests Program at the World Resources Institute. This post is republished from the WRI blog.