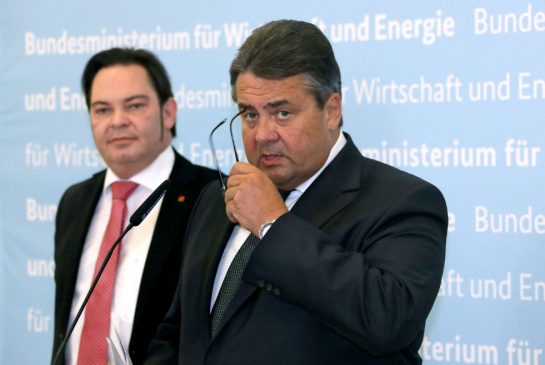 Fresh questions about the fate of the long-sought trade deal emerge from Europe on eve of Harper meeting with EU officials to celebrate completion of negotiations.

OTTAWA—New doubts about the fate of Canada’s long-sought free-trade deal with the European Union have cast a shadow over a meeting Friday where Prime Minister Stephen Harper and senior EU officials were to celebrate the completion of five years of negotiations.

A day before the Canada-EU summit in Ottawa, Germany signalled it won’t approve the landmark trade pact in its current form because of objections to the investor-protection measures included in the Comprehensive Economic and Trade Agreement (CETA).

Germany’s objection is a potential major setback for CETA, which Harper and European Commission President Jose Manuel Barroso lauded as a nearly completed last October in a highly publicized ceremony in Brussels.

ISDS clauses give corporations the right to sue governments before a special tribunal if the company considers its operations have been put at a disadvantage by discriminatory regulations by a host government. The business community says these are necessary protections for investors but critics say they give multinationals too much clout and can jeopardize governments’ ability to pass laws in the public interest.

Opposition to the investor protection measures in CETA has erupted dramatically in Europe in the past year.

Germany favours CETA but has serious concerns about ISDS, European officials in Canada say. They point out that Canada has, in effect, been side-swiped by the EU’s recently launched free-trade negotiations with the United States. Concerns about investor-protection measures in an EU-U.S. pact have sparked doubts about the inclusion of ISDS clauses in CETA, which stands as a template for the talks between Brussels and the Americans.

But EU Trade Commissioner Karel De Gucht said CETA will unravel if it is renegotiated to alter its ISDS clauses.

“If we reopen negotiations on CETA, the deal will be dead,” De Gucht told a German newspaper Thursday.

Last month, Canadian and EU negotiators wrapped up years of gruelling negotiations on CETA, but the free-trade pact is not expected to come into force for two years. It must be smoothed by lawyers and officially approved in Canada and Europe, where all 28 EU member states may have a say in ratification.

Critics said the much-heralded agreement in principle on CETA announced in October 2013 by Harper and Barroso was premature. And Germany’s objections on the eve of the Canada-EU summit in Ottawa will fuel more speculation about the hurdles CETA still faces despite the continuing symbolic expressions of joint approval.

And now Germany, Europe’s biggest economic power, is saying it won’t go along with an Canada-EU agreement that includes investor-protection measures, he said.

“We clearly don’t have a deal yet, and even if we do have a deal, it strikes me that it’s unlikely to be ratified,” Davies told the Star. “It’s Conservative ideological insistence on investor-state measures that is threatening to torpedo an agreement with the European Union.”

The Harper government has said the deal will boost jobs and economic growth in Canada by giving Canadian exporters better access to the EU’s 500 million consumers. But as of Thursday, the federal Conservatives had refused to make public the text of the agreement, which runs to more than 1,500 pages. And the government has declined to discuss questions arising from leaked versions of the text in Europe.

The latest tensions over CETA came just before Harper is to meet Friday in Ottawa with Barroso and Herman Van Rompuy, president of the European Council. According to the EU, the leaders were planning to celebrate the completion of five years of trade negotiations as well as discuss other economic and foreign policy issues.

On Friday afternoon, the three men will head to Toronto to take part in a meeting with business people.