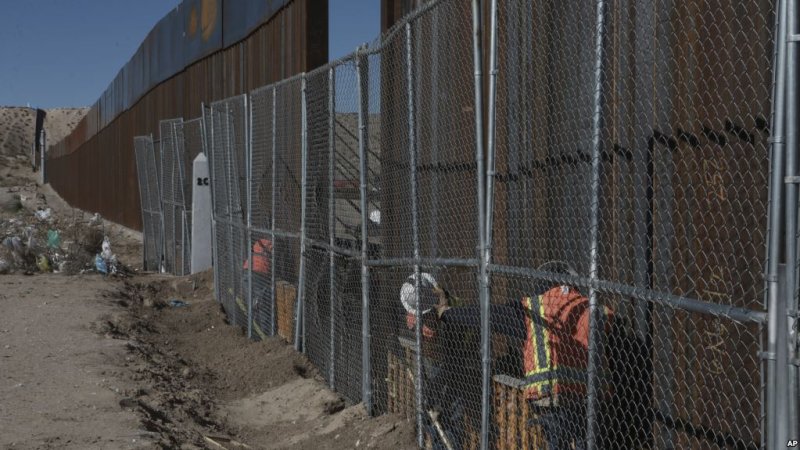 President Trump on Friday said a renegotiation of the North American Free Trade Agreement (NAFTA) could yield the money to pay for his long-promised wall along the U.S.-Mexico border.

In an interview with The Wall Street Journal, Trump said that a "good deal" in NAFTA negotiations could effectively return enough money to the U.S. to pay for the border wall.

That means Mexico will essentially have paid for the wall, he said.

"They can pay for it indirectly through NAFTA," Trump told the Journal. "We make a good deal on NAFTA, and, say, I’m going to take a small percentage of that money and it’s going toward the wall. Guess what? Mexico’s paying."

Since the earliest days of his presidential campaign, Trump insisted he would build a wall between the U.S. and Mexico as a way to stymie the flow of immigrants — and that Mexico would pay for the project.

Mexican officials have rebuffed that suggestion. Under spending plans submitted to Congress last week, the Trump administration wants $18 billion over the next 10 years to pay for the wall.

Trump also told the Journal that he was prepared to pull out of NAFTA altogether if the U.S., Canada and Mexico are unable to reach a fair deal, which he called a "Trump deal."

The Trump administration began renegotiating the trilateral trade deal last year, and discussions are set to enter their sixth round this month. Trump told the Journal that he was leaving the negotiations "a little bit flexible” for the time being, because of Mexico’s upcoming presidential election.

source: The Hill
Mexico NAFTA US
Subscribe to bilaterals.org weekly