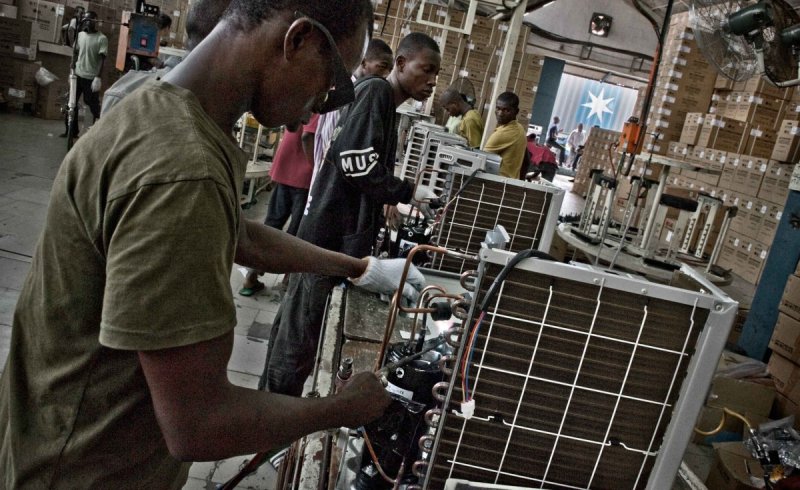 Is the federal government leaving prosperity on the table by refusing to sign the Economic Partnership Agreement?

Earlier this month in Kaduna, on a day Facebook predicted late rainfall, the European Union (EU) Ambassador to Nigeria and ECOWAS (The Economic Community of West African States), Mr. Michel Arrion took to the podium at a trade and investment seminar for the Kaduna business community. In attendance were the crème de la crème of the state’s industrial workforce, manufacturers, and business owners.

Arrion, a tall, majestic presence, was enchanting. The primary aim of the seminar was to help Kaduna’s business community see the glorious beauty of the Economic Partnership Agreement (EPA), a trade deal negotiated and completed over a period of 14 years between the EU and ECOWAS, but which the Nigerian Government had failed to sign off on. In June 2016, Vice-President, Yemi Osibanjo, had told a meeting of West African leaders in Dakar that the country was consulting key stakeholders within its economy before putting pen to paper. "We understand that some of the terms of this agreement are capable of restricting manufacturing and trading activities, and we would not want this to happen," Osibanjo had said.

But Arrion was puzzled at what he deems to be economic reticence. Virtually all other countries in ECOWAS have signed off on the deal, but Nigeria, which is the biggest economy in the region, is unsure of opening its markets to Europe.

"We are not competitors," Arrion said. "The EU is producing different products from Nigerians. We don’t see Nigerians or West Africa as a market for our exportation. We see it much more from a market for our financial investment."

He noted that the EU’s eagerness in seeing Nigeria’s signature on the deal was not borne out of charity or altruism, but from self interest. "First, we see West Africa as our neighbours," he said. "We need stable and prosperous neighbours. Your terrorists are our terrorists. We have a common threat. Your stability is our stability. Your prosperity is our prosperity."

EPAs have been negotiated, not just between the EU and West African countries, but with other countries in Africa, the Caribbean and the Pacific, and it represents the EU’s drive to "support trade diversification by shifting ACP (Africa, Caribbean and Pacific) countries’ reliance on commodities to higher value products and services." In essence, participating countries open their borders to imports, eliminating or drastically cutting tariffs. Although, in Nigeria’s case, this is an arrangement that favours the EU, since it produces more goods and services, Arrion said safeguards have been put in place to ensure a seamless transition: consumer products are excluded from the deal, and while the EU removes its tariffs as soon as the deal is signed, participating West African countries will only have to systematically lower tariffs over a period of years. The package also includes a 6.5 billion euros grant from the EU, to cover for development and infrastructural projects in the region, over a period of five years.

In summary, Arrion believes that trade liberalisation, which is the good news according to the EPA, is the way to go for Nigeria. "The more later you join the EPA, the more difficult it will be for you to be competitive," Arrion said.

The Irony of Free Trade

After signing off on numerous trade deals, Nigeria has never been a great beneficiary. This is due to the country’s reliance on oil as its major revenue source and export product. Free trade benefits those who produce, but Nigeria, ever since the oil boom, has been a consuming nation.

"It is a bitter truth that Nigeria has gained almost nothing from trade agreements that we are into," an international expert with the United Nations for Industrial Development Organisation (UNIDO), John Isemede, has said. "Nigeria currently has signed more than 100 trade policies in the last decade, none of which has impact, because we lack adequate capacity unlike our other countries in these agreements."

This, the fact that the country’s production capacity is too low to allow for trade liberalisation, has formed the basis for the Manufacturing Association of Nigeria’s (MAN) calls for the federal government to seriously consider the EPA agreement before assenting. And history is on their side.

Muhammed Ali, in the 19th century, dreamt of an Egypt that could rival Europe in industrial and agriculture civilisation. To accomplish this, he brought in foreign technicians, most of whom left Christianity for Islam. Among the expats, the most prominent was probably Louis-Alexis Jumel, a French mechanic-cotton manufacturer turned agronomist. In 1822, Jumel transplanted a bush he had found on the Ile Bourbon and developed for Egypt the cotton we now know by his name. By 1824, over 11 million kilograms were exported; by 1845, the figure was 15.5 million kilograms.

However, Ali’s project threatened European industrial supremacy and comparative advantage theories arose: Egypt should stick to cotton-picking and let the big boys make yarn and cloth. So the Europeans, Britain in the lead, took the first opportunity to deprive Egypt of those tariff barriers and market constraints necessary to its infant industries. Some scholars see this as the assassination of Egypt’s industrial revolution, or at the least, a measure that stalled the country’s industrialisation for another century.

It is instructive to note that it was not until Britain had achieved industrial leadership did it abandon protection for laissez-faire. The Japanese did the same before and after the Second World War. In 1840, John Bowring advised the member states of the German Zollverein: grow wheat and sell it to buy British manufactures. This was a sublime example of economic good sense, but Germany, definitely, would have been poorer for it; today’s comparative advantage may not be tomorrow’s. To survive and grow its economy, Nigeria’s best option might be to, first, protect its infant industries and grow them to a point where it can comfortably play on the grand waters of international trade. Until then, the EPA might be a right step in the wrong direction.

When this reporter asked Arrion, the EU Ambassador, whether Nigeria should try and build its industrial capacity before signing the EPA, he said: "Certainly not. I would say this agreement is the step before having access to enough financing, enough incentives for the private sector to invest in Nigeria, including in the infrastructure in power, logistics. But for that the investors would require the appropriate regulatory framework, they would need the stability of the tax regime, they would need also the rule of law and good governance.

"So EPA will bring that; It will bring some stability. It’s a 20 years agreement. It’s much better than the previous system that is very comparable to AGOA, which is just a unilateral decision of the EU to give preference. It gives legal certainty to investors.

"I don’t think you need any kind of prerequisites or pre-conditions before signing. On the contrary, we have seen this process of negotiation lasting 14 years between 2000 and 2014. This story, I would say, has really lasted too long. It’s time for Nigeria to revisit her position."

He also maintained that the concerns raised by MAN, is "primarily a lack of information and a lack of effort to understand. Also, we’ve had a lot of meetings with the organised private sector. They agree that the import duties on industrial products, machineries and equipments should be reduced.

"They (MAN) are repeating the same concerns that are not really based on any grounds that can be explained. So we are trying to explain. The risk really for Nigeria is to see others who now have access to Europe’s duty free, quota free market, either from West Africa like Ghana and Cote D’Ivoire or from East Africa, gaining the markets while some Nigerian exporters are lamenting."