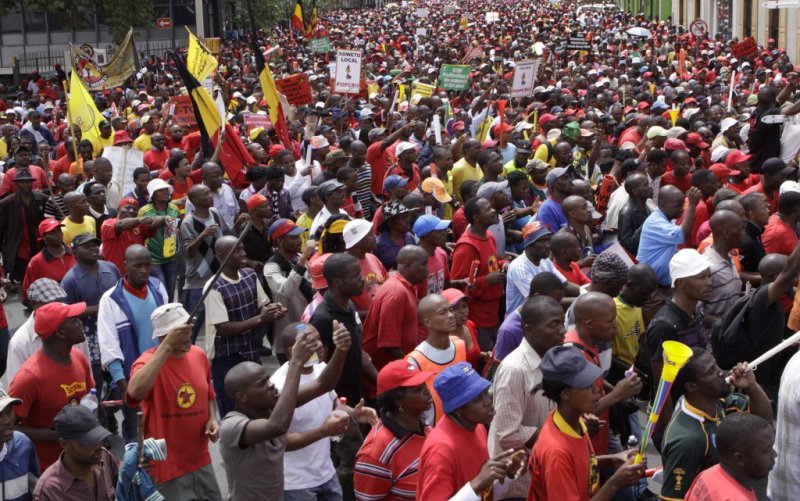 No longer a fair game?

What are the next steps for investment protection in South Africa, as the country draws up new legislation governing foreign direct investment following the termination of a number of bilateral investment treaties?

Concerns are growing in business communities both in Europe and South Africa as the South African government edges closer to drawing up its proposed Promotion and Protection of Investment Bill 2015.

As covered recently by King & Wood Mallesons, the Bill, which will govern investment protection in South Africa in future, is expected to introduce significant changes affecting the way foreign private investors do business in the country.

The new proposals come after South Africa’s government unilaterally terminated a number of bilateral investment treaties (BITs) with its most important EU investors – including the United Kingdom, Germany, Italy, Spain, The Netherlands, Belgium and Luxembourg. This was done mostly without any public notification, leaving many diplomats shocked and surprised.

With EU investors making up approximately 77% of foreign direct investment (FDI) in the country, why have they suddenly become the government’s prime target in reforming investment protection?

WHERE IT ALL BEGAN…

The origin of this backlash by the South African government against investor state dispute resolution (ISDS) can be traced back to an unfavourable decision resulting from an investor-state arbitration on the part of the government.

So far there have only been two investor state treaty arbitrations in relation to South Africa. One involved a Swiss game farmer following a land invasion of his game farm (an UNCITRAL case – not reported) and the other was the Foresti case which regarded a group of Italian granite companies.

The latter took place in 2007, after investors from Luxembourg and Italy brought a claim against South Africa under the International Centre of Settlement of Investment Disputes additional facility rules, arguing that South Africa’s Mining and Petroleum Resources Development Act (MPRDA) contained provisions that violated the indirect expropriation and fair and equitable requirements of these treaties when converting their mineral rights to ‘new order’ rights under the BIT. The claim under the Italian and Luxembourg bilateral investment treaties (BITs) was eventually settled in 2010.

The MPRDA makes up part of South Africa’s Black Economic Empowerment (BEE) policy, and requires 26% equity ownership by ‘historically disadvantaged persons’ in mining companies by 2014. In 2010, the case was eventually settled for a 5% employee share ownership programme – as opposed to the 26% required under the mining charter.

Peter Leon, partner at South African law firm Webber Wentzel (which entered into a formal alliance with global firm Linklaters in 2013) says: “The unfortunate consequence of these developments is that it has led to the review of South Africa’s BITs by the Department of Trade and Industry... the outcome of which is that the government decided not only to review its BITs with members of the European Union, but to begin a process of terminating all of them in 2012/2013.”

Leon, whose firm acted for the claimants as co-counsel in the Foresti case, explains that in the Department of Trade & Industry’s (DTI) proposed Promotion and Protection of Investment Bill 2015, “there is no provision for ISDS that requires international arbitration to resolve such disputes which in future would be heard by the domestic courts, or exceptionally through state-state arbitration”.

He also notes that there is no provision for fair and equitable treatment (FET) or market value compensation for expropriation. Pointing out that although the Bill hasn’t yet passed, he describes such a move as “a retrogressive step”.

“I’m afraid it’s not great news,” says Leon. “What the government has done is not at all positive, but just from an international best practice perspective – it seems to take South Africa back to a bygone era of diplomatic protection.”

He says there is a “silver lining” – under the SADC Finance and Investment Protocol, which South Africa ratified in 2008 and came into force in 2010, “all the protections one would normally see in a BIT are included, including investor-state dispute settlement through international arbitration”.

“Having said that, it appears that South Africa is now attempting to amend the protocol to eliminate international arbitration and possibly FET, although the latter is not clear, and such an amendment would require 75 % support among SADC member states,” he adds.

The government claims that it won’t affect investment in the country, giving the example of Brazil which currently has no BITs in force. “However it is one thing not to have any investment treaties in place, as is the case with Brazil, it is another to have them and then get rid of them,” says Leon.

This has not gone down well in the business community in South Africa. “Although parliamentary hearings on the Bill only started recently, business is not very happy about it – and has said as much,” notes Leon.

Unlike in countries such as Germany, this opposition to ISDS is very much coming from within government, he explains: “There is not much of a public view on the Bill. My sense is that the whole thing is a reaction to the Foresti case, because the government thought this would constrain their public policy space as well as their whole BEE project.”

He does point out that the existing BITs may not have been entered on an equal footing on the part of previous South African governments. “The fact is that when the government originally negotiated these BITs, it didn’t really appreciate what they contained,” but he stresses “the answer surely is to renegotiate them and follow the SADC Model BIT which the DTI helped draft in 2012”.

Referring to the SADC provisions, he adds: “This is a good model – as it balances investors’ rights with the state’s right to regulate in the public interest – rather than to throw them out.”

It appears that there is an absence of logic in terminating these BITs, pointing towards an increased politicisation of investment policy. Leon notes that the new anti-ISDS approach “seems to be the hobby horse of the DTI but it is also inconsistent – the only BITs terminated are with the EU and Switzerland, while the BITs with China and Russia remain”.

Leon states that although in the past resources were big sectors for FDI in South Africa – more recently the focus of FDI has been on financial services. He refers to the Barclays acquisition of Absa, and ICBC of China acquiring 20% of Standard Bank noting that “banking and finance have been major recipients of foreign investment as well as, recently, the renewable energy sector”.

BITs also play a significant role in South Africa’s foreign relations with Russia and other countries in the so-called BRICS bloc of emerging markets. “China’s a big player in Africa; I suspect the Chinese government would be somewhat aggrieved if its BIT with South Africa was terminated.”

This does not take away from the fact that EU countries make up about 75% of foreign direct investment (FDI) in South Africa and are understandably concerned following these developments.

However, as Leon points out, “most BITs take 10 years to terminate, so there will often be no immediate effect on existing investments, except for post-termination investments. The UK BIT for example will remain in place another twenty years after termination”.

The effect may not be immediate, but the consequences of terminating investment treaties, both politically and economically is not to be underestimated. The rising insurance costs for investors of doing business in countries in which their home state does not have a BIT in place, as well as the lack of perception of stability and security is also an important factor. South Africa needs that confidence.

While the business communities on both sides of the equator await the drawing up of the new Bill, there is still hope for a constructive solution as foreign and local business leaders continue to voice their concerns.