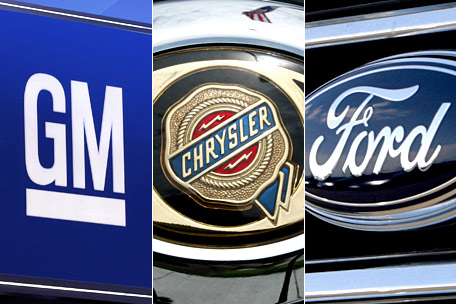 By Anthony Esposito and Sharay Angulo

The auto industries of the United States, Canada and Mexico agree there should be no changes to rules of origin in the North American Free Trade Agreement (NAFTA), the president of the Mexican automakers’ association said on Monday.

Under the trade deal between the United States, Mexico and Canada, rules of origin stipulate that products must meet minimum regional, or NAFTA-wide, content requirements to be tariff-free.

"Our position is that the trade agreement has been a success, and we shouldn’t be touching something as important as the rules of origin," Eduardo Solis, president of Mexican automakers’ industry group AMIA, told Reuters in an interview.

NAFTA’s rules of origin, said Solis, have been key in creating value and integrating the auto industry in North America.

"In terms of access to markets and rules of origin, what we have is a shared position," said Solis.

The administration of U.S. President Donald Trump on Thursday triggered a 90-day consultation period with Congress, industries and the American public that would allow talks over NAFTA, one of the world’s biggest trading blocs, to begin by Aug. 16.

Authorities and businesses in Mexico have been bracing for the looming renegotiation, as Trump has insisted that a new pact must be more beneficial to American workers and companies.

Solis said it was important to not become overconfident before the actual negotiations kick off.

"We need to remain cautious and at the same time prepare the data that shows why NAFTA has been a success for the three nations," said Solis.

Mexico’s booming auto sector has been a clear beneficiary of NAFTA as a wide range of international automakers have made Latin America’s second biggest economy a key export hub, attracted by cheap labor costs and free trade accords with dozens of nations.