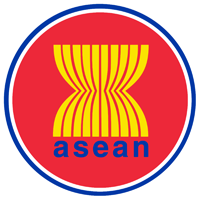 On the occasion of 25th anniversary of country’s relationship with 10-nation ASEAN grouping, Prime Minister Narendra Modi has strongly pitched for Regional Comprehensive Economic Partnership (RCEP), saying it will further strengthen cooperation and economic integration in the region.

Modi, in his congratulatory message to Philippines President and Chair of the ASEAN for 2017 Rodrigo Roa Duterte, also said India’s ‘Act East Policy’ is a reflection of the importance it attaches to its strategic partnership with the bloc, Ministry of External Affairs said in a release. While Modi exchanged the message with President Duterte, External Affairs Minister Sushma Swaraj did it with Le Luong Minh, ASEAN Secretary-General on the occasion, the ministry said.

“Our economic partnership remains dynamic and urge ASEAN support for reaping the full benefits of the ASEAN-India Free Trade Area in goods, services and investment.

“The RCEP could further strengthen cooperation and economic integration in our region if we are able to achieve an inclusive, comprehensive, balanced and mutually beneficial agreement, with equal ambition in goods, services and investment,” Modi said.

It was on 28 January 1992 at the 4th ASEAN Summit in Singapore that a decision to establish a Sectoral Dialogue Partnership between ASEAN and India was made. Since then, the relationship has progressed from strength to strength, with the two sides becoming full dialogue partners in 1996, Summit partners in 2002 and Strategic Partners in 2012,” MEA said.

In his message, President Duterte noted that ASEAN-India relations have contributed to the maintenance of peace, stability and prosperity in the region, and that ASEAN looked forward to further invigorating trade and investment relations with India, the ministry said. Duterte also expressed special appreciation for India’s commitment of a USD 1 billion line of credit for connectivity with ASEAN as well as for undertaking initiatives for narrowing the development gap within ASEAN.

In the message, Modi also said “our shared bonds of heritage and culture are built on the foundation of strong people-to-people contacts nurtured through the millennia”.

“It is in consonance with this that the theme of the 25 years celebrations has been selected as ‘Shared Values, Common Destiny’ reflecting our joint endeavour for a shared future defined by mutual cooperation, peace, progress and prosperity,” the Prime Minister said. Modi further added that India greatly valued ASEAN’s role as a proponent of peace, stability and prosperity in the region, and “reiterates its support to ASEAN centrality in regional affairs”.

There are 30 dialogue mechanisms between the two sides including a Summit and 7 Ministerial meetings in a wide range of sectors such as Foreign Affairs, Commerce, Tourism, Agriculture, Environment, Renewable Energy and Telecommunications, the MEA said.

In her message, Swaraj stated the celebrations would span the political, economic, cultural and people-to-people domains and include a special commemorative summit and a commemorative foreign ministers’ meeting in India.

Responding to her, the ASEAN Secretary General said with the ASEAN-India FTA, there exists vast potential for both sides to boost trade and investment. “The ongoing review of the ASEAN-India Trade in Goods Agreement is expected to pave the way for more robust trade between the two sides in the future,” he added.