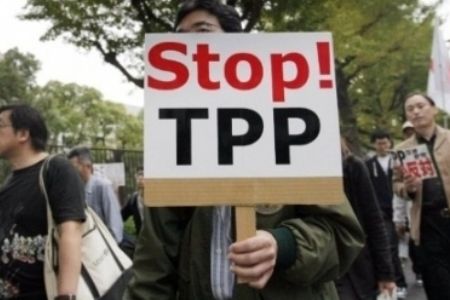 We, the undersigned civil society groups, urge Prime Minister Yingluck Shinawatra to suspend any announcement to enter into negotiations towards the Trans-Pacific Partnership (TPP) until there has been a comprehensive, clear and thorough study of both positive and negative consequences, and all steps have been taken to comply strictly with the Constitution, including an urgent consultation with the people. These are the responsibilities of a democratically elected government. While it is true that Thailand should not stand still in the development of its trade and foreign relations, such important matters cannot be decided in haste.

More important than the discourse of being left behind in trade negotiations, is the consideration of the major potential damaging impact on the welfare of the people and towards sustainable development of Thailand.

We the civil society groups who follow those international negotiations which may have a variety of social impacts, are very concerned about the rushed speed of the decision making by the government. In particular, we are alarmed by the approval of the Cabinet of a draft joint statement announcing the opening of negotiations on a draft Trans-Pacific Strategic Economic Partnership (TPP), the revival of ministerial meetings under the trade and investment framework agreement between Thailand and the United States (TIFA-JC), and the plans for the Thai Prime Minister and the President of the United States to make a Joint Press Statement, this Sunday on 18th November.

The Cabinet has arrived at these decisions very hastily, even though they will have widespread impacts for the social and economic security of the country, or bring about serious binding commitments on trade and investment, or demands on the national budget. None of the relevant government agencies, private sector or civil society groups have been allowed any part or voice in this process. Thus, we do not have any confidence in the Cabinet’s rushed decision making.

Although a joint press statement between the Prime Minister of Thailand and the President of the United States may not be governed by Article 190 of Thai Constitution, the declaration of bilateral negotiations on the TPP, along with the joint press statement itself, are clearly political and international relations commitments. Therefore, there must be comprehensive consideration and consultation, based on sufficient knowledge and understanding, concerning the positive and negative outcomes that will follow from entering into the above agreements.

The TPP is an agreement which the US government has made clear its intention to meet the needs and interests of trans-national corporations, which have not been accepted under other international trade agreements, particularly those within the WTO. Such an agreement will have a variety of severe impacts, including:

1. Access to medicines and the national public health system will be disadvantaged as a result of the extension of the intellectual property rights protection regime, data exclusivity, limits on the use of flexible mechanisms within the TRIPS agreement, patents over surgical practices and diagnostics, and limits in negotiation and control over the price of medicines under the Universal Health Care Scheme, etc. These will have a direct impact on the government policy to reduce inequality of access to health care.

2. The patenting of animal and plant species will lead to the monopolization of biodiversity and genetic resources that could result in farmers paying more for seeds etc. This goes against the government policy to enhance the welfare of the farmers.

3. The opening up of financial services to permit foreign citizens to hold 100% share ownership, along with financial deregulation will put Thailand at high risk of economic crisis.

4. Provisions for Investment Protection for Foreign Investors will allow foreign investors to file lawsuits to quash public policy and demand damages from the government through International Arbitration Mechanisms. This will further restrict the space for implementing the government’s public policies.

Furthermore, the system for negotiation of the TPP Agreement is such that countries who enter late into the negotiations will have to find agreement with those who have completed their negotiations already. Therefore Thailand will not only have to consider the current demands of the US, there may be several other bilateral demands to follow.

We urge the government to be conscious of its duties to the public as a democratically-elected government.