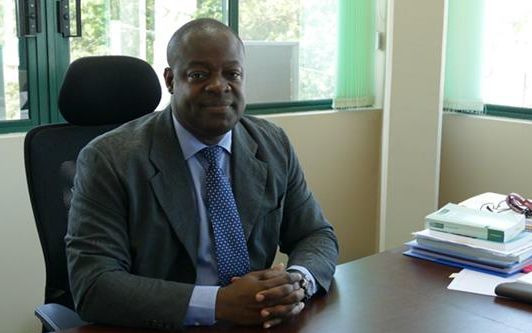 PACER Plus to go ahead with or without PNG

From Dateline Pacific - Listen to or download the MP3

The regional trade agreement known as PACER PLUS will be going ahead with or without the region’s largest island nation.

Papua New Guinea has made it clear it will not be taking part in the final negotiations for the Australia and New Zealand led "Trade and Development Agreement" saying it would instead be seeking to establish bilateral trade agreements of its own.

But Mr Kessie told Koroi Hawkins PACER PLUS will go ahead with or without Papua New Guinea.

EDWINI KESSIE: The plan would be that we are meeting in the week of 22 August in Christchurch and the idea will be to finish negotiations on the legal texts. Currently we do have two texts, the Trade and Goods chapter, as well as the rules of origin. We do have some significant issues and we hope to resolve that at the meeting in Christchurch.

KOROI HAWKINS: Are you able to comment on what those issues are?

EK: Well with respect to rules of origin they are not very difficult issues. One relates to rules of origin what we call cumulation the ability of countries to use inputs from other Pacific Island countries that are not signatories to PACER PLUS. So that is one of the main issues and the other is what we call the de minimis proposal. Where the Forum Island countries would like to have differential positions more in their favour rather than Australia and New Zealand. And then on trade in goods we have significant issues and they relate to the modification of tariffs, the infant industry clause as well as the bilateral safe guard measures or what we call transitional safe guard measures.

KH: And once, after Christchurch will you, do you have a date for the final signing?

EK: So once we finish the legal text what would be left would be the bilateral access market negotiations. And we hope to finalise those by November, around November. There would be a signing ceremony and that is likely to take place either in November or early December.

KH: Now coming up recently in the media is the new Australian Trade Ministers meeting with the Papua New Guinea Trade Minister Richard Maru and he has said quite explicitly that his country will not be taking part and he wants a more direct bilateral deal with Australia. Is it significant having the largest (Pacific Island Country) economy in the Pacific outside of PACER PLUS?

EK: Well I think if Papua New Guinea were to join I think it would be very useful for the region. The leaders are desperate themselves about what they call the new Pacific regionalism and as such all the countries should move together. If you look at Africa or South America all the big countries are part of regional trade agreements. My understanding is that Papua New Guinea says they want a separate bilateral deal. But I think that would undermine the regional cohesion and I think we can achieve these objectives within the PACER Framework. So I am at a loss as to why they would like to push for a separate bilateral deal with Australia and possibly with New Zealand.

KH: And will PACER PLUS go ahead regardless of their participation?

KH: And so with that arrangement the other eight including Papua New Guinea could come on board later. Is that the idea?

KH: And his comments about seeking bilateral arrangements because he feels they would put PNG on a more equal footing with Australia and New Zealand does that. Is that an implication that PACER PLUS isn’t fair?

EK: Well I don’t think so. I think the position of Papua New Guinea has been that since it is the biggest country, they said that their interests are different from the small islands. So I think it is in that context but I do not think that it means that PACER PLUS is unbalanced. The issue there is that it would undermine the regional cohesion. And it would undermine what the leaders themselves have agreed to that there has to be regional integration within the region should be deepened. And one way to achieve that objective is by having PACER PLUS to reach all the countries in the region. The 14 Forum Island countries, Australia and New Zealand to sign onto.

KH: And is this new? Have they always had this position? You said they were initially involved in discussions so I am assuming they were at the table at some stage in the past?

EK: They have always been at the table. What initially, my understanding was they had some specific issues. Just like Fiji and those issues have been addressed. So obviously I do not know why the current trend. Because Papua New Guinea has always been involved and in fact some of the important negotiating groups have been chaired by a Papua New Guinean official. My understanding was initially what we were made to understand was that they had some specific concerns regarding the trade in goods, like infant industry and others and a conscious effort has been made to address those issues. So this is something which came unexpectedly.

KH: Finally how confident are you that come November and December your will be wrapping up?