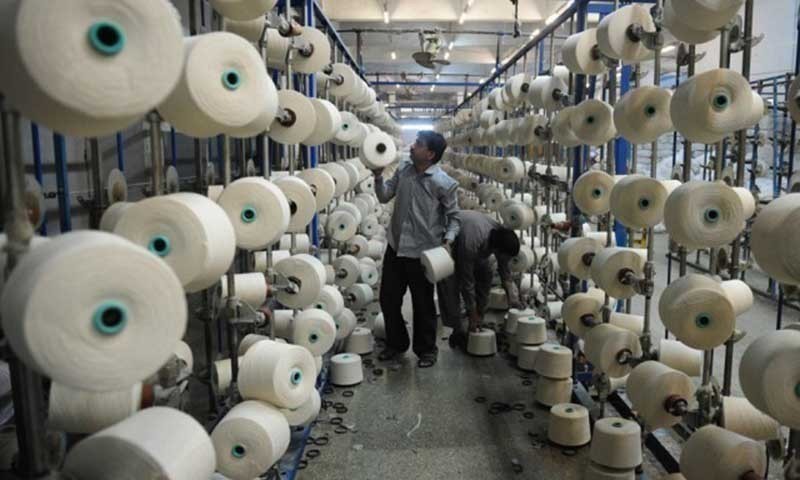 ISLAMABAD - Pakistan and China will make another attempt next month (November) to strike an agreement over the second phase of duty reduction under the free trade agreement (FTA), which is under consideration since 2011.

“The next meeting is tentatively scheduled for November, 2016,” stated the official documents of the Ministry of Commerce regarding China-Pakistan Free Trade Agreement (CPFTA). Both the sides failed to reach an agreement despite holding six meetings so far. Pakistan and China are holding negotiations for the 2nd phase of China-Pakistan Free Trade Agreement (CPFTA) since 2011.

Pakistan side shared its concerns regarding insufficient utilisation of concessions given by China to Pakistan and competition faced by the local industries due to imports from China. Local industries are continuously approaching Ministry of Commerce with complaints of under-invoicing and mis-declaration with regard to imports from China. Those associated with following sectors are struggling for their survival: (i) vegetables; (ii) dyes and ceramics; (iii) plastic articles, leather articles, wood articles, paper and paperboard, synthetic textiles, footwear, ceramic glass, fans, furniture and budding, motors and transformers, tyres and steel etc.

It has been agreed by both countries that the tariff reduction modalities of 2nd phase would be designed in a way that all the genuine concerns of both countries are adequately accommodated. Both sides are still negotiating to find a solution which is mutually acceptable and results in a win-win situation for both countries. Earlier, both the countries had agreed to finalize the revised CPFTA by the end of last year 2015. However, the China is not accepting Pakistan’s demand to revive preferential treatment for exportable products under the second phase of the FTA.

During the third meeting of the 2nd phase of CPFTA held in Islamabad on 6th, 7th and 8th January, 2015, Pakistan stressed the need for less than equal reciprocity in favour of Pakistan. The Chinese side had agreed to this proposal, in principle. However, modalities on interpretation and application of the less than equal reciprocity mechanism are still being negotiated.

At present, Pakistan has the highest trade volume with China. During financial year 2014-15, the total trade between the two countries was recorded at $12. 299 billion out of which Pakistan’s exports were $2. 126 billion and imports were $10. 17 billion.

NNI: Only two projects at a cost of $137 million under the China-Pakistan Economic Corridor (CPEC) have been completed so far out of 17 early harvest proposed projects at a total estimated cost of $18 billion.

According to the information shared with the National Assembly last week, the two CPEC projects that have been completed are Quaid-e-Azam 100 megawatts Solar Park at a cost of $137 million and Digital Terrestrial Multiband Broadcast at a cost of $2 million. Ten of the remaining 15 projects that are under implementation include: (i) 10 energy projects at a total cost of $11. 186 billion to generate around 4,460 megawatts electricity by 2018; (ii) two relating to transport infrastructure at a cost of $6. 1 billion, (iii) two relating to Gwadar Port at a cost of $0. 3706 billon and (iv) one Cross Border Optical Fiber Cable at an estimated cost of $0. 044 billion.