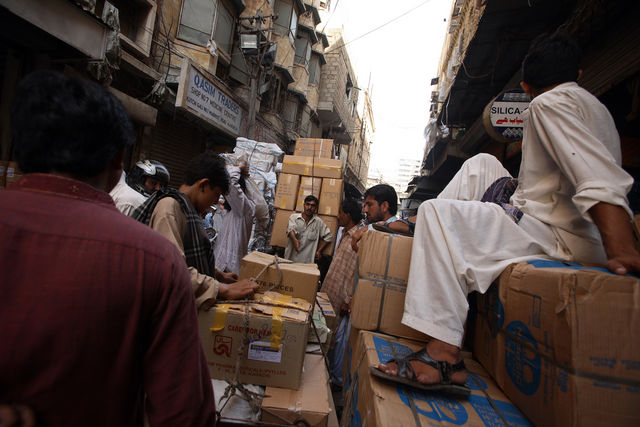 Pakistan on Tuesday expressed concerns to the China on cheap Chinese products that are competing the local industry despite persistent energy crisis faced by the country and insufficient utilisation of the facilities provided under the Pak-China Free Trade Agreement.

Pakistan and China started three-day parley to review a Free Trade Agreement (FTA). Both sides held talks to assess the performance of Pak-China Free Trade Agreement (PCFTA) and to propose necessary changes of mutual benefit for the two countries. PCFTA is in effect since 2006 and this is the third meeting of the second phase negotiations of the agreement in which Additional Secretary Ministry of Commerce Ms. Robina Ather headed Pakistan’s delegation. Meanwhile, Yao Wenliang, Deputy Director General of Ministry of Commerce of China headed his country’s delegation.

In its assessment of the PCFTA, the Ministry of Commerce (MoC) expressed its concern over the insufficient utilisation of the facilities provided under the PCFTA in which only few sectors have been able to reap the fruits of the favourable tariffs. Pakistan emphasised the importance to broaden its export-base to China by encouraging exports from all the sectors, which falls under FTA and sought to enhance facilities and concessions on high value-added products.

Pakistan also expressed its concern over the dilution of margin of preference due to China’s FTAs with other countries especially the ASEAN countries. Under the Free Trade Agreement, duties levied on Pakistani products are higher than those allowed to other trading partners, making Pakistani products in China uncompetitive.

The cost of exemption that the state exchequer has to bear due to tariff concessions under FTA also came under discussion.

Both sides agreed that the concerns expressed by the two countries would be taken into consideration on mutual benefit basis by readjustment and review of the FTA through provisions of the FTA. FTA was signed on November 24, 2006 and operationalised on July 1, 2007. China has given tariff preferences on 7550 tariff lines to items of Pakistan’s export interest.

Pakistan’s delegation included officials from Federal Board of Revenue, Ministry of Industries, Ministry of Textile Industry and Ministry of Food Security and National Research.