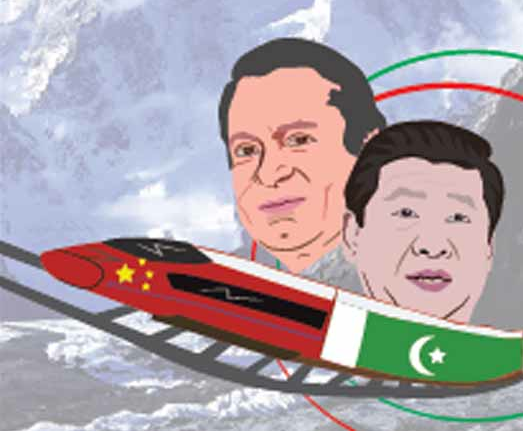 Pakistan, China yet to strike deal on FTA phase-II

ISLAMABAD: Pakistan and China have yet to strike an agreement over the second phase of duty reduction under the free trade agreement (FTA) despite a lapse of more than two-and-a-half years.

“Both sides will convene a seventh round of meeting in September to break the deadlock over reaching an agreement on the revival of preferential tariff on exportable products for each other,” a senior official told Dawn.

Pakistan and China earlier agreed to revise the treaty by end-December 2015. However, authorities in Beijing are unwilling to accept Islamabad’s demand to revive preferential treatment for exportable products under the second phase of the FTA.

As per the original agreed plan, the second phase was supposed to be implemented from Jan 1, 2014. Both the countries had already started negotiations for the second phase of the FTA in 2011. The FTA covers more than 7,000 tariff lines at 8-digit tariff code under Harmonised System (HS).

Since then, both sides have held six meetings but failed to develop an understanding on preferential concessions to each other. The last meeting on the second phase negotiations was held in October 2015 in Beijing.

During that meeting, Pakistan shared its concerns regarding insufficient utilisation of concession given by China to Pakistan and competition faced by the local industries due to cheap imports from China.

Beijing wants Islamabad to reduce duty to zero per cent on 90pc tradable products under the proposed revised FTA. “We have informed the Chinese authorities that we can’t do it,” the official said.

The official said Islamabad was also reviewing the services agreement with the Chinese authorities.

Ahead of the next round, a consultation meeting with stakeholders would also be held in August 2016 to seek their feedback on giving further concessions to China, the official said.

A commerce ministry report revealed that Pakistan could not utilise the concessions granted by China under the first phase as it only exported in 253 tariff lines, where average export value was $500 or more, which was around 3.3pc of the total tariff lines (7,550) on which China granted concessions to Pakistan.

Pakistan’s key exports to China were raw material and intermediate products, such as cotton yarn, woven fabric, grey fabric, etc. Value-added products were missing despite the fact that some of these products like garments were included in the concessionary regime, the report observed.

The official said China has entered into several bilateral and regional FTAs which has limited the benefits of preference to Pakistan.

For example, China charges 3.5pc duty on the import of yarn from Pakistan under the FTA, while the same duty was also chargeable from India without any treaty. “This clearly shows that FTA has become mostly irrelevant for Pakistan,” the official said.

To overcome this, Islamabad proposed that the FTA should be based on less than equal reciprocity principle in favour of Pakistan.