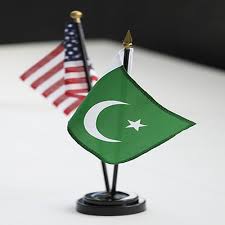 Pakistan for early convening of next TIFA round

Pakistan has sought an intensified engagement with the United States in the economic and trade cooperation, emphasising the need for early convening of next round of Trade and Investment Framework Agreement (TIFA).

The two sides held a delegation-level talks here at the Foreign Office on Monday upon the arrival of Ambassador Zalmay Khalilzad, US Secretary of State’’s Special Representative for Afghanistan Reconciliation, and Ambassador Alice Wells, Principal Deputy Assistant Secretary for South and Central Asian Affairs, US State Department.

According to Foreign Office Spokesperson Dr Mohammad Faisal, the two US officials are visiting Islamabad as part of regular consultations on the Afghan peace process, Pakistan-US bilateral relationship and regional security situation.

From Pakistan’’s side, the talks were led by Ambassador Aftab Khokher, Additional Secretary (Americas). Senior officials from Ministries of Foreign Affairs and Defence as well as Pakistan’’s Ambassador to Kabul were also present, he said, adding that Ambassador Wells and Ambassador Khalilzad were accompanied by an inter-agency delegation.

"Additional Secretary Khokher emphasised the need for intensifying engagement in the economic and trade cooperation. In this context, early convening of the next round of Trade and Investment Framework Agreement (TIFA) meeting was emphasised," he said, adding that it was noted that the inter-sessional meeting would be held in Islamabad on May 2, 2019.