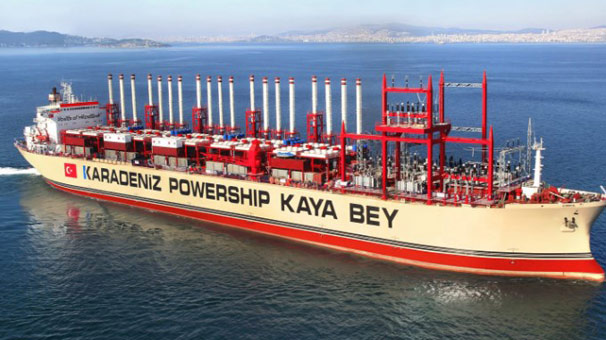 Pakistan has successfully gotten a stay order from the International Centre for Settlement of Investment Disputes (ICSID) over the execution of an $800 million award to Karkey Karadeniz Elektrik Uretim (Karkey).

The Turkish company that constructs and operates rental power plants (RPPs) had been awarded the amount in a damages suit it had brought against Pakistan. The award was issued in August 2017.

Attorney General Ashtar Ausaf Ali confirmed to The Express Tribune that Pakistan recently approached ICSID for annulment of the award, on the basis of which a stay has been issued.

“Enforcement of the award against Pakistan has been stopped,” said the AGP, who has had a fair bit of international arbitration on his plate for the last few months.

According to the ICSID award, Pakistan will not only pay the Rs80 billion fine but is also bound to pay $5.6 million (Rs590 million) per month as interest to Karkey.

Legal experts believe that the impact of the stay on interest accrual alone is a big relief for Pakistan.

Pakistan has engaged new legal representation – GST LLP and Axis Law Chambers – to contest the annulment proceedings before the ICISD. Earlier, the government had hired Allen and Overy and paid more than $10 million in fees.

Karkey is using the same legal team as before – Arnold & Porter, together with Baker & McKenzie and Islamabad-based firm Hassan Kaunain Nafees.

A senior government official told The Express Tribune that Pakistan has already expressed its serious concerns over the award and that Pakistan’s previous legal team was not allowed to present key evidence regarding corruption on the part of the Turkish company.

Surprisingly, key witnesses such as Shahid Rafi, the water and power secretary at the time, were also not permitted to give statements before the arbitrators, he said.

The legal experts say that after the announcement of the award, the parties might take remedial measures such as a plea for rectification and filing a revision over the annulment of the award on the basis of corruption on the part of tribunal members, failure to state reasons, fundamental departures from rules and procedures, and improper composition of the tribunal.

Pakistan faces a major challenge in its efforts to get the ruling overturned. Since 1960, of the roughly 600 requests for annulment of awards, only 17 were successful. The parties concerned have four months to move for annulment of the award. Pakistan’s four-month deadline ends on December 22. The tribunal, according to the officials, generally takes three years to decide on pleas relating to annulments.

Earlier, the international arbitrators raised several questions over the Supreme Court’s judgment in the RPP case, adding that in their opinion, the fault lay in the SC decision to declare all RPPs contract void. They also said that the tribunal had also questioned why the top court did not examine each RPP contract individually before voiding all of them for corruption.

Likewise, the ICSID rejected Pakistan’s argument that the country was bound to comply with local legal judgments. The tribunal held that the actions of the local judiciary can be considered actions of that state.

Pakistan is also still making a push for an out of court settlement.

Karkey – one of several RPPs hired by the PPP government – was given a $560 million contract to operate a ship-based power plant in Pakistan. The initial contract was for five years.

However, PPP-Patriots leader Faisal Saleh Hayat and incumbent foreign minister Khawaja Asif approached the Supreme Court against the contract award. Later, the SC declared all RPPs contracts void. The Turkish company then filed a case before the ICSID in 2013 and the arbitration tribunal concluded proceedings in March last year.