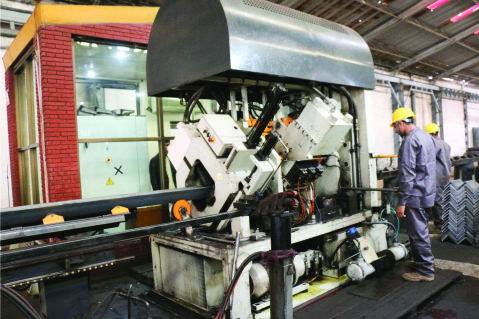 ISLAMABAD: The External Relations Group of Mercosur will take up Pakistan’s request for signing a free trade agreement (FTA) in early 2019, which will provide an opportunity to Islamabad to bridge the trade deficit with countries of the Latin America trading bloc.

The Ministry of Commerce is making efforts to restart negotiations on clinching preferential and free trade agreements with Mercosur – a trade bloc comprising Argentina, Brazil, Paraguay, Uruguay and Venezuela. Owing to this, the External Relations Group of Mercosur will take up for review Pakistan’s request in early 2019. It was revealed during a meeting between Commerce Secretary Younus Dagha and a delegation led by Argentinian Ambassador Ivan Ivanissevich.

The commerce secretary pointed out that Latin America was one of the most important non-traditional markets where Pakistan’s market share was negligible despite a huge potential for exports by both traditional and non-traditional sectors.

In order to achieve greater market access in the region, the Ministry of Commerce signed a Framework Agreement on Trade with Mercosur in 2006 with a view to inking a preferential trade agreement (PTA) leading to a free trade agreement (FTA), the secretary added.

He said Pakistan had annual trade of $1 billion with Mercosur countries, adding trade with Argentina stood at $200 million, which had the potential to rise to $800 million.

The FTA would provide an opportunity to bridge the trade deficit with Mercosur countries, the secretary emphasised and called Argentina and Brazil lucrative markets but Pakistan was mainly focused on textile exports.

“Pakistan-Mercosur FTA will create further win-win opportunities for both Argentina and Pakistan,” he said. The secretary emphasised that the Ministry of Commerce was making efforts to restart negotiations in the wake of Pakistan´s bid to sign PTA and FTA with Mercosur states.

“As Pakistan’s request is being taken up by the External Relations Group of Mercosur, the commerce ministry has intensified its trade diplomacy by engaging embassies of Brazil and Argentina in Islamabad,” he added.

“PTA with Mercosur will provide Pakistan an opportunity to diversify exports of products and markets as well as enhance trade with Latin American countries in order to introduce new products in pharmaceutical, information and communications technology, auto part and light engineering sectors,” he said.

According to the secretary, it will also benefit the textile industry which is currently Pakistan’s biggest exporter.

“It will help in strengthening our business and trade relations in the region and will provide a level playing field to Pakistan vis-a-vis its competitors in Latin America,” he pointed out.

The commerce ministry sees a huge scope of technical assistance and investment from Brazil and Argentina in agricultural conservation and food processing in Pakistan.

The Ministry of Commerce said it was focused on increasing and incentivising collaboration in ICT investment with Latin American countries as there was a significant potential in the region for the export of IT-enabled services, incubation and innovation, e-commerce, etc.

Both the sides could mutually benefit by enhancing cooperation in chemical and pharmaceutical sectors, especially in the value chain and import regulations and certifications in the pharmaceutical sector, it said and cited mining as another area for collaboration between Pakistan and Argentina.