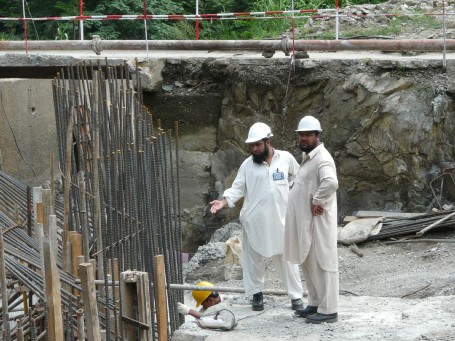 ISLAMABAD: Pakistan and South Korea are all set to kick off formal negotiation on a Free Trade Agreement (FTA) aimed at boosting bilateral trade.

In a meeting between the Republic of Korea Ambassador Dr Dong-gu Suh and Commerce Minister Khurram Dastgir Khan, the two sides agreed to push forward the FTA process when the ambassador called at the minister’s office Wednesday.

The meeting discussed that the two countries have completed studies on different aspects of bilateral trade to be covered in the proposed FTA, which will start by the first quarter of next year.

Also under discussion were issues of mutual interest and promotion of bilateral trade and commerce.

Dastgir updated the Korean envoy on the progress of the proposed FTA, adding that during his visit to Seoul last year, both countries agreed to conduct research studies on the feasibility of FTA.

This agreement is part of a series of agreements like FTA with Malaysia and Thailand and Preferential Trade Agreement with Indonesia to reach the markets of East Asia.

An officer in the ministry of commerce told The Express Tribune that on the basis of these studies, an initial draft will be exchanged by sharing the inputs from both the sides, which will be followed by formal rounds of discussions to finalise the tariff lines and other matters.

The South Korean ambassador also expressed desire towards promotion of bilateral trade and commerce and showed willingness to step up cooperation in this regard.

Some Korean companies have shown keen interest to invest in hydro-power plants and IT sector in Pakistan, revealed ministry officials.

“We are encouraging Koreans to invest in Pakistan, especially in the energy sector,” said Dr Dong-gu Suh.

The officer also said that Pakistan is planning to build an IT park in Islamabad with the help of Korea Exim-bank and the Korean government for promotion of the telecommunication sector.

Besides, planning is also under way to establish some vocational universities by taking advantage of South Korea’s advancement in that field.