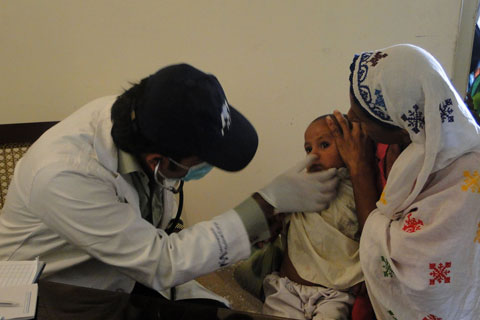 Speaking on the occasion, Khurram Dastgir Khan said that the two countries had tremendous potential to improve economic relations and this agreement would go a long way towards achieving mutual prosperity for the people of the two countries.

He said this was the era of commercial relationship and particularly during the last decade the regional trade had enhanced across the globe due to liberalization of trade policies.

He said Pakistan and Turkey were enjoying brotherly relations and this agreement would further strengthen the trade and investment relations.

The Minister said the framework would cover not only the goods but also services and investment and would also go a long way to strengthening political relations between the two countries.

Talking about Pakistan’s rapidly improving economic situation, the minister said that after a difficult period of instability, now the country’s economy was moving towards positive trajectory.

He said last year Pakistan’s economic growth was recorded at 4.2 percent which was the highest since 2007-08 and this growth would further increase after the conclusion of current fiscal year.

The minister said the lowest interest rate announced by the State Bank of Pakistan (SBP) had also helped in promoting investment climate in the country.

The Turkish Minister of Economy said that the signing of agreement would pave the way for establishing FTA between the two countries which would help mutual development.

"We are going to liberalize trade between the two countries by signing this agreement", he added.

"We also want to increase Turkish investment in Pakistan which currently stands at $2.9 billion and after signing of this agreement, Turkey hoped a sharp increase in this investment.", he added.

He said currently Turkish companies were carrying out 45 projects in Pakistan and hoped they would also take advantage of this framework.