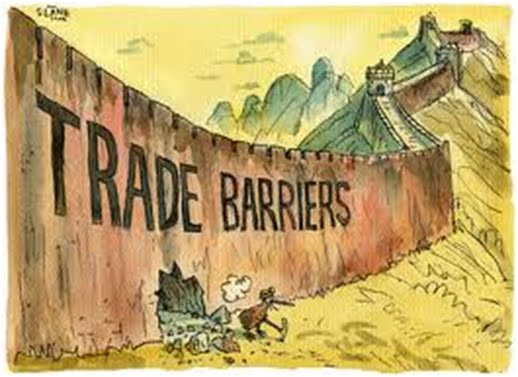 ISLAMABAD: In a bid to take advantage of the Free Trade Agreement (FTA) between Pakistan and China, Pakistani authorities have asked for zero tariff on 70% of its export items and has offered to give zero tariff on 40% of the Chinese items.

A senior officer in the Ministry of Commerce said the proposal was presented to a five-member negotiation team during the fifth meeting of the second phase of negotiations on China- Pakistan Free Trade Agreement (CPFTA) held in Islamabad between August 3 and 5, 2015.

As part of the negotiations, Pakistani authorities also sought zero tariff on 80% exports after five years and zero tariff rate on 90% export items after 10 years.

Meanwhile, Pakistan also offered China zero tariff rates on 50% items after five years and on 80% of items after 15 years.

According to the officer, the Chinese team has not yet given a final response to the requests and clarified that the terms will be shared with stakeholders in China before taking any final decision.

The final decision would be taken in the last round of negotiations to be held in the second week of October in China. According to the Commerce Ministry source, Pakistan seeks more concession from China because not only is it a bigger economy, but also because the country had extended more concessions during the first phase of the CPFTA.

According to details of the negotiations, the two sides continued discussion on Tariff Reduction Modality (TRM) for the second phase of CPFTA.

The Pakistani authorities explained that the current proposal of TRM is based on extensive data analysis and stakeholders’ consultation. However, the Chinese delegation requested that the Pakistani stakeholders should be consulted to improve the tariff liberalisation schedule in various categories of the TRM.

The Asian giant also raised the issue of removal of regulatory duty by Pakistan on a list of 255 items, already shared by them, which are part of the tariff concession lists of the first phase of CPFTA.