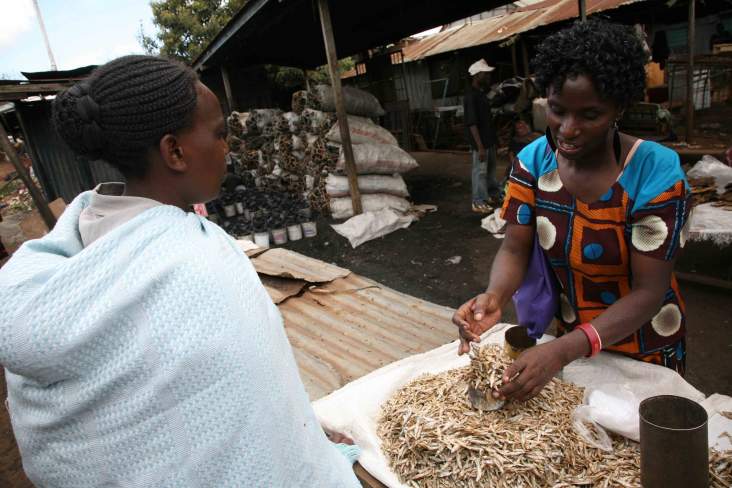 LAST June, 26 African countries signed the Tripartite Free Trade Area (TFTA) agreement that, when implemented, will constitute about half of Africa’s gross domestic product (GDP), half its population and cover a combined land mass of 17-million square kilometres — about the size of Russia.

The countries, with a combined GDP of about $1.3-trillion and a population of 565-million, will merge into a common market and eliminate tariff lines and trade barriers. They will benefit from liberalised intraregional trade, which is expected to boost the flow of goods and services.

The Abuja Treaty of 1995, signed by 51 African countries, mandates all regional economic communities to join the group by 2017 in anticipation of an African Economic Community by 2028.

"The conditions (to form the TFTA) have never been better," says Sindiso Ndema Ngwenya, the secretary-general of the Common Market for Eastern and Southern Africa (Comesa).

"We have improved governance, and the very fact that we withstood the global financial crisis of 2008 attests to sound macroeconomic policies. This is what is giving us resilience."

The benefits of the free trade area are numerous.

"It has the potential to increase economies of scale through integration, will increase demand for the region’s goods and services, and make the region more attractive to foreign investments," says Jason Kapkirwok, senior director of TradeMark East Africa, a non-profit company that supports trade growth in East Africa. "This would in turn create more jobs and catalyse technology transfer."

Trade between African countries, as a share of the continent’s total trade, has hovered at 10%-12% for decades, but some experts argue that the actual figure is much higher because a big part of the continent’s trade is conducted informally and, at times, across porous borders, where it is not recorded. The proportion in Europe and Asia, by contrast, is close to 60%.

SA and Egypt, two of Africa’s biggest economies in terms of manufacturing and services, are the main forces driving the TFTA, followed by Kenya and Mauritius. Angola, Mozambique, the Democratic Republic of Congo and Ethiopia could also play major roles in fostering the region’s economy, as they are expected to absorb a large share of the region’s exports, while supplying cheaper inputs such as electricity, petroleum, gas and other raw materials.

Even as the bigger economies take advantage of the opportunity of an expanded and liberalised market, less advanced economies could also benefit from the TFTA. For example, countries in the EAC, such as Kenya and Uganda, have the most advanced customs union, which they will be expected to deploy to increase the pace and depth of integration.

However, experts caution against high expectations of the TFTA because of existing hurdles that may slow down its implementation. For instance, the current low level of intraregional trade in Africa could impede attempts to boost trade volume within the single market.

In addition, some countries have overlapping membership in the regional economic blocs, leading to incoherent national trade policies. Also, there are varying levels of socioeconomic development across countries, particularly in the industrial, infrastructure and energy sectors, making it difficult for some participating countries to implement the agreement as speedily as others.

Economies represented in this and other trade agreements are dominated by agricultural production. The United Nations Conference on Trade and Development notes that "the narrowness of African production and export structures and relative dependence on primary commodities are inhibiting factors to the boosting of intraregional trade in Africa." Open trade with a country with very different economic characteristics will yield predictable results. However, for African farmers, opening to trade with their similarly agricultural neighbours is a fraught prospect.

When considering increased trade between two agriculturally dominant African countries, it is not immediately apparent which country will have the comparative advantage in its existing agricultural production, and this uncertainty stunts regional economic integration.

Experts have argued that there is a lack of political will in some countries to implement the TFTA agreement. Already, not all participating countries have ratified the agreement, although they have until the end of the year to do so.

SA, Botswana, Lesotho, Mozambique and Zambia have yet to sign the TFTA, which must be ratified by two-thirds of the participating countries before it is expected to come into force this month.

Even if two-thirds of the countries do not ratify the agreement, Ngwenya says the ball will keep rolling: "… we shall use the principle of variable geometry in terms of implementation, because those that are ready must move on.

"If we allow one or two countries that are not ready to hold up the process, then we will never move."

The principle of variable geometry means that members from an integration scheme will be flexible enough to adopt different speeds to make progress.

A major sticking point for many undecided countries is the TFTA’s elimination of trade taxes, a major supplier of domestic revenue. The TFTA requires all countries to open up their markets to duty-free imports, which could spell some revenue loss.

To this point, the TFTA includes phased reduction of tariffs, specifically the immediate liberalisation of just 63% of tariff lines, to tackle such revenue losses.

Overall, there are many enticing elements in the TFTA. By harmonising policies on trade, movement of business persons and industrial and infrastructure development, the agreement will expand the market for goods and services and subsequently promote greater intraregional trade. Kapkirwok hopes that all forms of trade barriers, such as import and export restrictions, will eventually be eliminated.

While the TFTA may accomplish its goal of an expanded market for countries in the single trading bloc, Africa still needs to be more prominent in the global trade arena, says Kapkirwok. Africa should implement prudent macroeconomic policies and regulatory reforms, he says, and countries should embrace good governance and establish competent institutions.