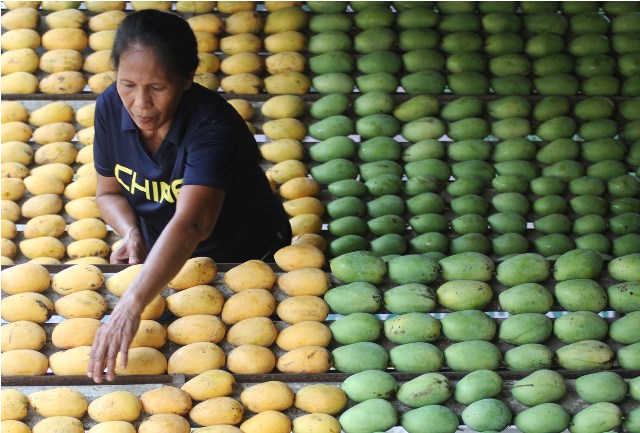 THE Philippines and South Korea are poised to conclude a bilateral free-trade agreement (FTA) one month ahead of the November target, as both parties are making significant progress in market access negotiations.

Trade Assistant Secretary Allan B. Gepty said the Philippines and South Korea will head to Busan next week for the third round of FTA negotiations. As the third round nears, negotiators are confident they will conclude the trade deal before the November target, and could even come up with a working draft by October.

“Hopefully, we can finish on time. We might come up with a working FTA draft by October.

It can be done since the negotiations are going well and the references are one by one getting defined,” Gepty, the country’s lead negotiator in the talks, told the BusinessMirror.

“There are existing trade pla ttforms that are also helping us move forward with the negotiations. We make use of them and their developments are ongoing, as well,” he added.

The Philippines and South Korea are parties to two trade deals: the Association of Southeast Asian Nations-Korea FTA and the Regional Comprehensive Economic Partnership (RCEP).

The RCEP, like the FTA between Manila and Seoul, is targeted to be concluded by November. RCEP trade ministers had their eighth intersessional meeting last week in China, wherein they announced the conclusion of three annexes, namely, on telecommunication services, financial services and professional services.

According to Gepty, the Philippines and South Korea will continue with their discussions on market access, as well as on key terms and references of the trade deal, in the Busan round of FTA talks.

The two parties are also moving forward with their deliberation of their offensive interests in the FTA. In doing so, they seek to address how they will manage their sensitive products under a liberalized regime as a result of the trade deal.

“If you go into any FTA negotiation, there will be requests to open up certain industries. We are moving forward on that, and we positively hope to come up with settlements before November. What is important is we weigh the benefits and cost of conceding to whatever the other party is requesting,” Gepty explained.

“We will do more consultations with stakeholders. We need to evaluate the impact of the trade deal on them and ensure they will not be left behind,” the trade official added.

Manila in the FTA talks is pushing for the elimination of tariff on tropical fruits, as Seoul applies a 30-percent tariff on banana and mango from the Philippines.

The Philippines is also trying to balance its trade sheet with South Korea. Last year trade between the two economies expanded 7.11 percent to $13.7 billion, from $12.79 billion in 2017, according to data from the Philippine Statistics Authority (PSA).

This improvement in merchandise trade was largely attributed to higher volume of imports from South Korea at $11.16 billion, up 31.91 percent from $8.46 billion.

Seoul wants Manila to eliminate tariffs on automobile and car parts. The Philippines enforces a duty of 5 percent on vehicles 3,000 cc and below that are made in South Korea, as part of a regional deal.

South Korea is also keen on making the Philippines its manufacturing hub in the region for the so-called products of the future, such as electric vehicles and smart phones.