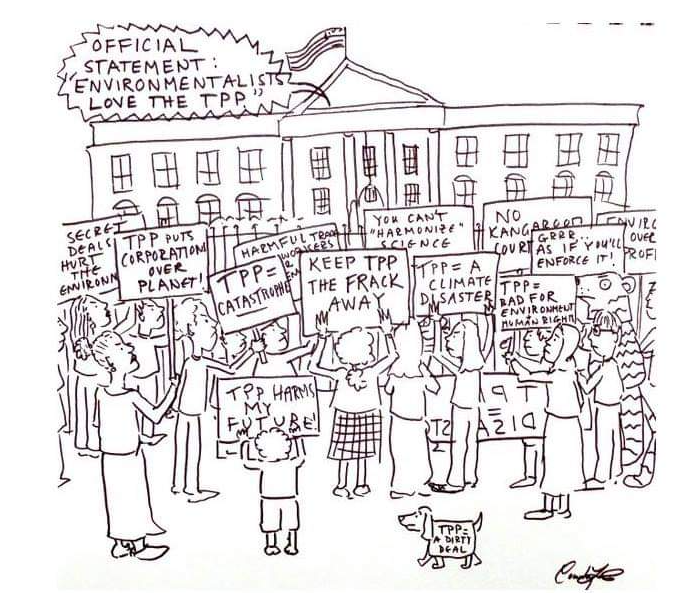 ‘The Labour-New Zealand First government will be hoping that New Zealanders have got short memories as it celebrates the entry into force of the rebranded Trans-Pacific Partnership Agreement, minus the United States,’ says University of Auckland law professor Jane Kelsey.

‘It’s just over a year since they did a u-turn on their opposition to the TPPA and proclaimed a new improved “progressive” deal. No-one really bought the spin, but the politicians clearly calculated the fallout from business if they backed off the deal would be more politically damaging than betraying their support base.’

Professor Kelsey notes the earlier criticisms of the TPPA are as valid now as they always were.

‘Despite the hype about changes that protect future regulation from potentially crippling investment disputes, the governments of Japan, Canada and Singapore refused to sign side-letters that would exclude New Zealand from the investor-state dispute settlement (ISDS) regime.’

‘In Opposition, Labour called the economic case that was made for the original deal “flawed”, when the US was still part. The justification is even shoddier now.’

Professor Kelsey recalls that ‘the new government promised us a more balanced, future-focused alternative. Instead, it is celebrating a failed 20th century model that locks New Zealand into low value-added export economy.’

‘New Zealand needs a trade policy that builds on a national economic strategy for the 21st century that support sustainable local businesses and a living wage.’

That was the core economic message from a two-day hui that a number of organisations hosted on an Alternative and Progressive Trade Strategy in Auckland in mid-October.

A new JusTrade website, with presentations from the hui and other research, will be launched in early January. It aims to kick start the debate on genuine alternatives to the TPPA model as the government’s Trade for All Advisory Group belatedly begins its work.

‘While it may be too late to stop this agreement, we can avoid digging ourselves deeper into this counter-productive hole. More importantly, we can create positive momentum towards a new paradigm that addresses the pressing challenges of climate change, precarious work, digital technologies, power asymmetries within and between countries, and the erosion of democracy, sovereignty and te Tiriti.’