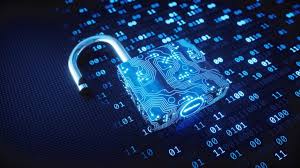 On the Citizenship Amendment Bill, the EU Ambassador hoped that the principle of equality would be upheld.

India and the EU need to sort out complex issues such as government procurement, labour standards and sustainability as part of the bilateral free trade talks that have been stuck for more than half a decade, Ambassador of the European Union to India, Ugo Astuto, has said.

“We need to discuss issues such as government procurement, labour standards and sustainability. These are part and parcel of all our Free Trade Agreements (FTAs). These are complex matters. So, the discussions on technical issues continue,” Astuto said during an interaction with mediapersons on Tuesday.

The EU Ambassador was answering queries on whether there were particular issues on which negotiations for the bilateral FTA, officially known as the Broad-based Trade and Investment Agreement (BTIA), were stuck.

Soon after walking out of the ASEAN-led Regional Comprehensive Economic Partnership (RCEP) pact last month, Commerce & Industry Minister Piyush Goyal, had said India was interested in pushing ahead with the FTA talks, with the EU.“We are working on the technical issues together. Hopefully, we will achieve results,” Astuto added.

On the draft personal data protection Bill 2018, that got the Cabinet nod recently, the Ambassador said the process was still ongoing and the EU was watching it. “The process is still ongoing. We hope the end result will see a sufficient convergence of the Bill with EU regulations, so that free flow of data can go on,” he said.

Under the draft Bill, personal data classified as sensitive such as information on financial matters, sexual-orientation, health, biometrics, genetics, transgender status and religious or political beliefs and affiliation, cannot be stored by public and private entities outside the country, but can be processed outside with the consent of the data person. Critical data, to be classified from time to time, cannot be taken out of the country at all.

Asked to comment on the Citizenship Amendment Bill passed in the Lok Sabha on Monday, the Ambassador said the principle of equality was enshrined in the Indian Constitution, and he hoped that it would be upheld.