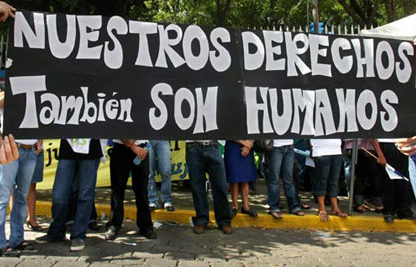 The Institute for Policy Studies and Transnational Institute welcome the Dutch trade minister’s call for a reset of trade negotiations to better link the trade and investment agenda to equitable and sustainable development objectives. At the same time, we urge all stakeholders involved in the EU-Mexico FTA negotiations to replace the current far-reaching liberalisation and deregulation agenda with an agreement that regulates investment in accordance with human rights, social standards, environmental protection, climate conservation and other sustainable development objectives as overriding principles. Read the letter, which includes our concerns and recommendations, below:

The Institute for Policy Studies – Global Economy Project and the Transnational Institute send you this letter in the context of your call for inputs to determine the position of the Netherlands re the modernisation of the existing EU-Mexico FTA.

We have taken note of the Dutch trade minister’s call for a reset of trade negotiations to better link the trade and investment agenda to equitable and sustainable development objectives. We welcome this approach and strongly recommend a reset of the mandate to amend the EU-Mexico FTA to ensure the precedence of human rights over commercial objectives. We urge to replace the current far-reaching liberalisation and deregulation agenda with an agreement that regulates investment in accordance with human rights, social standards, environmental protection, climate conservation and other sustainable development objectives as overriding principles. A focus on internalising social and environmental costs of trade, and comprehensive approaches to counteract tax evasion should form an integral part of a sustainable trade and investment agenda.

For Mexico, the existing EU-Mexico FTA has had negative impacts in terms of trade diversification, job creation and protection of human rights. The stated aim to add an investment chapter that includes an investor-state arbitration mechanism means the agenda for modernisation of the FTA is first and foremost an extension and deepening of the protections for foreign investors. Our partner organisations in Mexico have proof of involvement of European transnational corporations in human rights violations and environmental transgressions in Mexico, including the right to self-determination, freedom of association, exhaustion of natural resources, etc. [1] [2] Cases in point are: Aguas de Barcelona: depletion of aquifers in Saltillo and deterioration of the quality of the water supply; Continental Ag.: violation of labour rights and the right to strike; Holcim Cement: pollution of the environment with toxic substances; Union Fenosa et al.: violation of the rights of indigenous populations.

There are strong tensions between civil society’s demand to the Mexican government to intervene and hold foreign investors to human rights and environmental obligations and the focus of the trade negotiations on enhanced enforceable rights and privileges for foreign investors. The proposed inclusion of an investment protection chapter with broad clauses that enable foreign investors to one-sidedly challenge governments’ public interest regulations, enforceable by investor-state dispute settlement that bypasses the national legal system, is a case in point. An EU-Mexico FTA will contain enforceable rights for investors, but no corresponding obligations. This is an omission that needs to be addressed.

A modernised EU-Mexico FTA should include binding obligations for foreign investors to address these problems. And we strongly urge that equitable development, labour standards, sustainability goals, environmental protection and human rights obligations – professed core principles for both the Netherlands and the EU, are elevated to become the key guiding principles shaping trade and investment policies, rather than as side issues to be addressed through mitigating measures.

The EU is a major investor in Mexico. The Netherlands (34% of EU investment in Mexico) and Spain (32%) in particular are large actors in the country. Europe has major interests in Mexico in telecommunications and energy, financial services and tourism. Spanish investors have already launched 5 ISDS claims against Mexico (out of a total of 24 cases brought against Mexico). For example, Telefónica is demanding compensation to the tune of 1 billion dollars over steps taken by Mexico, at the recommendation of the OECD, to better regulate their telecommunications sector.

An EU-Mexico FTA that includes an investment chapter also brings a risk of investment claims for Europe: Mexico is currently the fifth largest investor in Spain. In 2016, the Mexican company Grupo Autobuses de Oriente (ADO) launched an ISDS case against the Government of Portugal, when its newly elected government decided to reverse privatisation of Lisbon’s public transport system. The case, where the Mexican investor is claiming €42m, is case in point of how investment arbitration can attach a significant additional price-tag to policy decisions, potentially leading to regulatory chill and a curtailment of the policy space of future governments.

In Mexico, the present government has recently pushed through extensive liberalisation of the oil and gas market, opening it up to foreign investment. Companies like Shell, BP and Total are granted extensive exploration rights with a minimal risk of government intervention as a result of ISDS. There are widespread concerns that a modernised FTA between the EU and Mexico that includes a form of investment arbitration will curtail future government’s policy space to reverse this highly controversial policy. Oil and gas companies are among the main and active users of investor-state dispute settlement. Recommendations

We strongly advise against modelling the renewed EU-Mexico FTA on the recent CETA and EU-Vietnam FTAs. The ICS (Investment Court System) dispute settlement mechanism contained therein may go some way to improve the process of investment arbitration, but does nothing to narrow down the substantive provisions that investors can invoke to bring a suit.

We caution against inclusion of an investment protection chapter with investor- state dispute settlement in the revised EU-Mexico FTA, given that investor-state dispute settlement in all its forms (ISDS, ICS, MIC) as an enforcement mechanism for broad-based investor protections routinely included in trade and investment agreements continues to provide foreign investors with a strong political tool to pressure governments into watering down or abandoning public interest regulations.

We also strongly recommend a positive engagement with the UN process for a Binding Treaty on Business and Human Rights as a step to begin to bridge the current governance gap for transnational corporations.

Human rights treaty bodies and special procedures of the Human Rights Council have regularly called upon States to prepare human rights impact assessments of the trade and investment agreements that they conclude. Human rights impact assessments can be an important tool for States in negotiating trade and investment agreements, particularly to ensure that they will not make demands or concessions that will make it more difficult for them, or for the other party or parties, to comply with their human rights obligations.

We also advise to follow up on FTAs periodically and ex post. In accordance with the recommendations of UN special rapporteur Olivier De Schutter, we advocate for the insertion of a safeguard clause into a revised EU-Mexico agreement to ensure that, should ex post human rights impact assessments lead to the conclusion that any of the parties to the agreement is unable to comply with their human rights obligations within the constraints of the agreement, they should be released from such constraints to the extent of the incompatibility. [3]

[1] The Permanent Peoples’ Tribunal (PPT) is an international opinion tribunal. In 2006, 2008, 2010 the TPP held sessions on the European transnational corporations operations in Latin America where dozens of EU companies were accused of different violations of human and environmental rights. In 2014, the PPT held a session specific on “Free Trade, violence, impunity and Peoples’ Rights In Mexico (2011-2014)”. During the session, 80 transnational corporations were accused of violating human rights and causing environmental devastation (section 8.2).