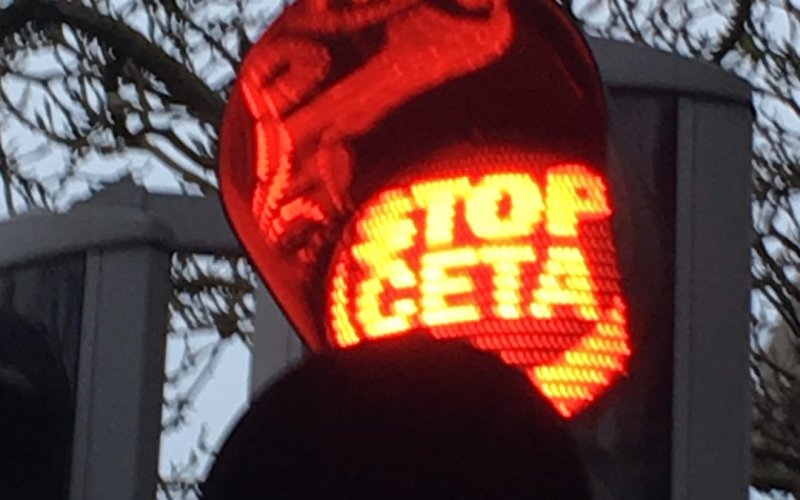 By Laura Gintalaite and Layla Hughes

Keeping the European project alive requires EU members to abide by the principle of loyalty to European institutions.

With the Achmea decision, any EU country that ratifies the EU-Canada Comprehensive Economic and Trade Agreement (CETA) before the decision of the European Court of Justice on CETA’s investment provisions compliance with the European treaties, will be breaking the principle of loyalty to European Union institutions.

Although few people in Europe have heard about the ECJ’s ’Achmea ruling’, the case will have far-reaching consequences and it is important for member states to understand the implications of the case quickly, especially those states that are considering ratifying CETA.

In 2008, Achmea, a Dutch financial insurance company, using its privilege as a foreign investor under the Slovakia-Netherlands Bilateral Investment Treaty (BIT), succeeded in winning an arbitration award that required Slovakia to pay for the costs to the company from the health insurance reform.

Slovakia challenged the award in a German court, which asked the ECJ to give its opinion as to whether the BIT was compatible with EU law.

The fundamental problem with investor-state arbitration, in the court’s view, is that they "remove from the jurisdiction of their own courts, and hence from the system of judicial remedies which [EU law] requires them to establish in the fields covered by EU law, disputes which may concern the application or interpretation of EU law".

The ECJ decided that because arbitration tribunals set up through investor-state dispute settlement are not part of the EU judicial system, because such tribunals may resolve disputes that relate to the application or interpretation of EU law, and because the awards of the tribunal are not subject to review by member state courts, the decisions of these tribunals are not compatible with EU law.

The immediate effect of the ECJ decision was that the people of Slovakia will not have to pay €22m to Achmea simply because their government decided that health insurance should not be for profit.

But more broadly, this monumental decision casts a shadow on the legality of investor protection clauses in Europe’s many free trade agreements, including CETA, currently in national ratification phase.

Belgium had already requested the ECJ to determine whether the investment provisions in CETA are in compliance with the EU Treaties, but the court’s reasoning in Achmea strongly suggests that the answer will be no.

As an earlier decision by the ECJ clarified, the general duty of loyalty resulting from the Treaty of the EU is that member states have an obligation to "have recourse to the [Union] judicial system and to respect the court’s exclusive jurisdiction, which is a fundamental feature of that system."

As part of this duty of loyalty, member states are under a legal obligation not to ratify agreements that are contrary to EU law.

As professor of European law at the University of Amsterdam and director of the Amsterdam Centre for European Law and Governance Christina Eckes puts, "In the light of the foreseeable risk that CJEU declares the CETA investment chapter to be capable of undermining the autonomy of the EU legal order, member states are required by the principle of EU loyalty to halt ratification."

The Lithuanian Parliament ratified CETA last week, becoming the second country (after Sweden) to do so after Achmea scandal, and thus endangering European principles.

Lithuania’s decision to ratify CETA before the ECJ’s decision not only violated the state’s duty of loyalty to the EU, but is also contrary to the pro-European nature of Lithuania, whose institutions typically embraced EU law wholeheartedly.

In support of their loyalty to the EU, other countries should not proceed with ratifying CETA until the ECJ has reached its ruling.

In order to save the European project, a respect to EU law must be shown.

Layla Hughes is Senior Attorney at the Center for International Environmental Law, Laura Gintalaite is a freelance trade campaigner