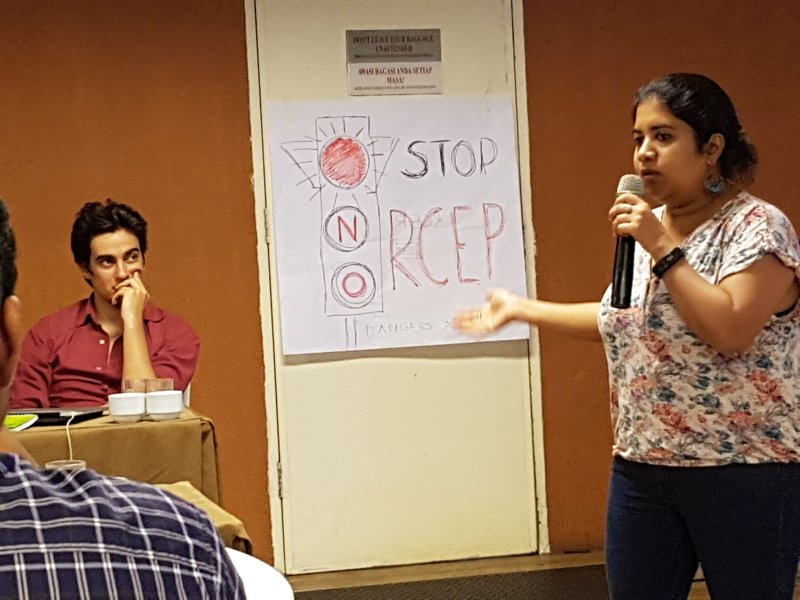 A total of 16 countries in the Asia Pacific are negotiating the Regional Comprehensive Economic Partnership (RCEP). This is a mega regional free trade agreement (FTA) between the 10 Asean countries and six others (Australia, China, India, Japan, New Zealand and South Korea). The RCEP trade ministers will meet in Laos on August 5 to try and resolve some of the issues that are stuck in the negotiations.

One such controversial issue in RCEP is the investor-to-state dispute settlement (ISDS). Provisions on this are being pushed by Japan and South Korea. It is important to recall here that both these countries are also members of another ‘mega regional’ Trans Pacific Partnership (TPP), which too has provisions on ISDS.

Thus, TPP wording is being mirrored in RCEP. This is significant if one believes in the narrative that for Asia, RCEP is merely a stepping-stone to TPP. While the fate of TPP hangs on the outcome of the US elections, with both the US political parties questioning it, there is enough evidence to show that RCEP is beginning to look like a TPP.

The ISDS manner of settling disputes gives a foreign investor the right to raise a legal challenge against a host government. This is done before a panel of handpicked arbitrators. This is unprecedented in public international law. Even the World Trade Organisation’s dispute settlement mechanism (DSM) only allows a state to fight a state, not a corporation to challenge a state! Threats of such an arbitration proceeding have a chilling effect on the ability of governments to regulate different social and economic sectors, in the fear of possible claims being filed by multinational companies for millions of dollars.

A leaked copy of the RCEP’s investment chapter includes proposals to allow foreign investors to sue governments at an international tribunal. These investor suits can be for unlimited cash damages and compound interest. If the proposals are accepted, this ISDS would allow foreign investors to sue RCEP governments if they regulate in ways that disadvantages the foreign investor, for example, by reducing investor profits, including either by introducing new laws/policies or changing legal/policy regimes, even if it is for public interest reasons.

Past ISDS cases have successfully challenged health, environmental, tax, financial regulation and many other laws and a losing government in one case had to pay an investor as much as $40 billion. This is difficult enough for any government to afford, but RCEP includes three least developed countries: Cambodia, Laos and Myanmar who would find it particularly burdensome to pay foreign investors this much.

There are 696 known ISDS cases against 107 countries and the number filed each year has been rapidly increasing (the most ever were filed in 2015). India has been at the receiving end of several such cases. Curiously, Indian investors themselves are using ISDS against the Government of India, as in the Antrix-Devas deal annulled just last month. Investors based their claims on the bilateral investment treaties (BITs) between Mauritius and India.

These cases which broadly interpret investors’ rights and restrict governments’ ability to regulate have caused many developed and developing country governments to rethink their support for investment protection provisions (including ISDS) in BITs and FTA investment chapters. India’s model bilateral investment promotion agreement (BIPA) allows for ISDS only on a condition: it requires the investor to first take recourse to national judicial fora. Only when those domestic options are exhausted is an ISDS-like proceeding permitted.

In other RCEP countries: a) The Government of Indonesia is withdrawing from its BITs; b) Singapore’s Attorney General and the Chief Justice of Australia’s highest court have expressed concerns about ISDS; and c) The New Zealand Chief Justice noted that human rights based determinations of domestic courts may give rise to ISDS claims.

Opposition to ISDS In countries outside RCEP, there is also opposition to ISDS including countries such as South Africa and Ecuador are withdrawing from their BITs. Germany opposes ISDS in Europe’s FTA negotiations with the USA. The Dutch, French and Austrian Parliaments oppose ISDS in their FTA negotiations with Canada and the USA. All US state-level legislatures oppose ISDS in any treaty.

Various United Nations (UN) human rights bodies have also stated their serious concerns about ISDS including 10 UN Special Rapporteurs/Independent Experts on human rights who said that the ISDS cases demonstrate ‘that the regulatory function of many States and their ability to legislate in the public interest have been put at risk’ and governments have been chilled from regulating.

They recommended that in negotiations of FTAs like RCEP, the negotiating texts are published and the negotiations are conducted transparently with the participation of stakeholders including civil society. While so-me provisions on ISDS in RCEP talk of transparency obligations, there is enough said about maintaining secrecy. For example, any protected information that is submitted to the tribunal shall be protected from disclosure in accordance with the procedures laid down in RCEP.

Given this, RCEP civil society organisations across the region are strongly urging RCEP countries to reject ISDS in the trade agreement. Trade ministers from RCEP countries meeting this week need to heed that call.