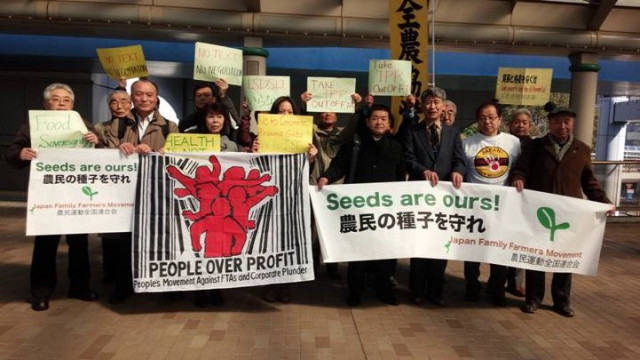 Singapore: Ministers from 16 East Asian countries negotiating the Regional Comprehensive Economic Partnership made progress at a meeting in Singapore Saturday but many gaps remain.

“There is still a lot to do but it’s possible to finish by this year,” said a high-ranking official from the Association of Southeast Asian Nations (ASEAN) who took part in the one-day RCEP meeting.

At a news conference after the meeting, Seko said Japan’s push to reach a conclusion this year is based on the premise that a certain degree of market access will be guaranteed.

The joint RCEP statement issued after the meeting said the ministers “reaffirmed their resolve to meet their leaders’ instruction to intensify efforts in 2018 toward the conclusion.”

But it added that the negotiators noted “divergence on the levels of ambition in some areas and tasked negotiators to work out creative, innovative and pragmatic landing zones.”

The negotiating parties were asked to improve their offers for market access and submit revisions by April 13. They will also have to table a revised offer for services and investment, but no deadline was set for that.

A ministerial meeting will be held sometime in July this year before the ASEAN economic ministers’ meeting in August. There will also be two meetings of RCEP chief negotiators in April and June.

The ministers discussed a number of issues requiring more work, including competition, intellectual property rights and rules of origin.

“Everybody is working toward substantial conclusion this year,” said the ASEAN source, adding that there is political will to see movement in the RCEP negotiations.

“There is no deadline” to ink a deal by the end of this year, the source said. “But we are all trying to see if we can make progress and get substantial conclusion by end of this year.”

A second source said he is expecting the ministers to make a political decision on some of the obstacles in the negotiations.

On the different levels of ambition, “some of us could not reach that goalpost. Some would like to have high ambition. Let’s negotiate rather than setting a goalpost which is too high.”

Bilateral or multilateral negotiations are being conducted to overcome some of the impasses, he said.

The RCEP has 16 negotiating members that include the 10 members of ASEAN plus Japan, China, India, South Korea, Australia and New Zealand.