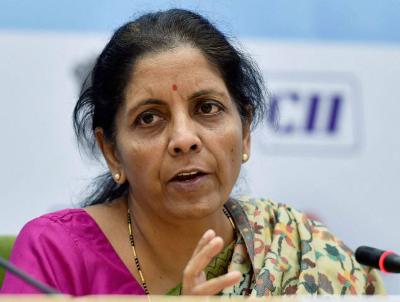 RCEP talks: Heat on India to scrap import duty on 90 per cent of goods

India is under pressure to agree to eliminate import duty on at least 90 per cent of its traded goods as part of the Regional Comprehensive Economic Partnership (RCEP) pact being negotiated by 16 countries, including China and ASEAN members.

Trade ministers from all member-countries, which include South Korea, Japan, Australia and New Zealand, will meet in Hanoi this week to push the negotiations forward. “New Delhi is firm about not opening its market extensively to at least China and offer the country much lower concessions by working out country-specific deviations.

But what has made the negotiations tougher is the ‘opt out and reciprocity’ flexibility suggestion made by the Philippines,” a government official told BusinessLine.

The ‘opt out and reciprocity’ principle proposes that if a country cannot agree to what the majority of members were ready for, it can opt out from that provision and wait for a time till it is ready to sign up.

In the previous negotiating round earlier this month, the Philippines reportedly told the Trade Negotiations Committee that 14 to 15 countries had agreed to slash 90 per cent of applied tariffs to zero once the RCEP comes into force, but if some countries were not ready, they could opt out and join later.

Yes to ASEAN, no to China

“It is difficult for India to agree to eliminate duties on 90 per cent of items for all members,” the official said. “While it might still be considered for ASEAN countries, with which India already has an ambitious free trade agreement in place offering concessions on over 80 per cent items, it will be impossible to agree to such deep cuts for China, as there won’t be an economic or a political mandate for it domestically.”

It is also difficult to give such liberal market access to New Zealand and Australia, with which India is yet to sign bilateral free trade agreements, he added.

New Delhi seeks to protect its markets from China, New Zealand and Australia by seeking ‘deviations’, under which it would offer certain members smaller concessions than those offered to all countries. This could mean a higher number of items protected from tariff cuts or a longer implementation period (more than the normal 15 years), but there is no agreement on the issue yet.

Commerce Minister Nirmala Sitharaman will be in Hanoi for the inter-sessional ministerial of RCEP countries, beginning Monday, where attempts will be made to get a final structure of concessions in place.