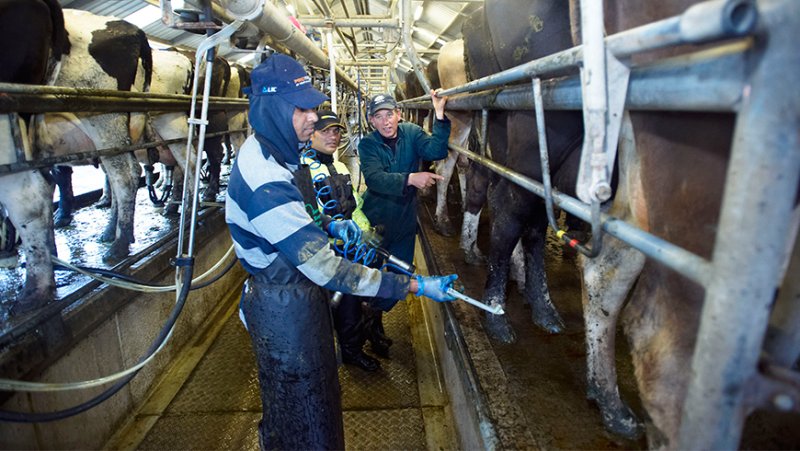 Dairy players have strongly opposed the idea of opening up the Indian market to global milk producers at the cost of Indian dairy farmers.

Discussions on a proposal for Free Trade Agreement (FTA) with milk-producing countries such as New Zealand and Australia under the proposed Regional Comprehensive Economic Partnership (RCEP) are currently under way. India’s dairy players have demanded that the sector be kept outside the proposed FTA agreement. 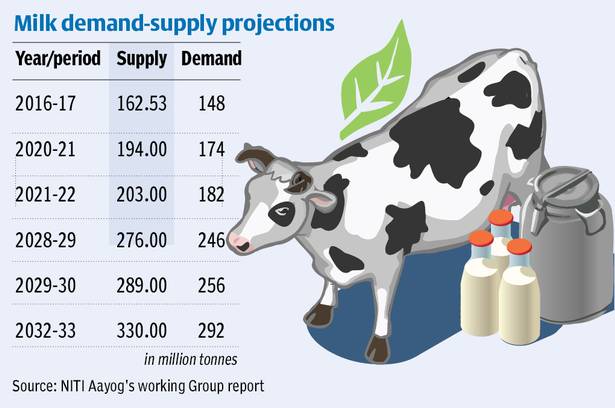 Contrary to the perception created by the foreign lobbyists, various agencies, including Niti Aayog, have projected India’s milk production to touch 330 mt by 2033, from the current 180 mt.

The demand projection is about 292 mt , which clearly indicates India does not require to import milk or milk products to feed its population even after a decade, they said.

RS Sodhi, Managing Director, Gujarat Cooperative Milk Marketing Federation (GCMMF), which markets Amul brand, represented the cooperative dairies at a meeting with the Union Commerce Minister Piyush Goyal recently in Mumbai and demanded to keep the dairy sector out of the FTA agreement.

“There are demands from several countries to open up Indian dairy market so that they can export their surplus milk products at nil or lower import duties. This will be detrimental to the Indian dairy industry and to the livelihood and sustenance for our 10 crore milk producers,’” Sodhi told BusinessLine after the meeting with the Minister.

Notably, international data points that New Zealand is an over-producer of milk with annual production of about 22 mt from just 10,000 dairy farmers to feed its 4.8 million population. New Zealand exports about 90 per cent of its total milk production, and hence, is clearly on the lookout for newer markets for its milk. Hidden agenda suspected

Dairy sector experts suspect a propaganda being created to push milk and dairy products into India from surplus countries such as New Zealand.

The Indian policymakers are being misled that by opening Indian markets to New Zealand, India actually gets a mere 5 per cent of New Zealand’s overall milk exports. But the industry believes the reverse will happen. In reality, of the 34,47,000 tonnes of total dairy exports projected by New Zealand in 2019, 5 per cent works out to 1,72,000 tonnes, which is 1,800 per cent more than India’s total dairy imports for 2018-19 at 10,000 tonnes. So presuming that 5 per cent is a meagre quantity and will not affect Indian market will be a folly, Sodhi said.

Currently, India imports mostly whey powder and speciality cheese, that too at higher import duty in the range of 30 per cent. Considering this, the dairy industry, including cooperatives, private dairy players and Indian Dairy Association (IDA), are strongly opposed to the import of dairy products under the HSN 0401 to 0406 categories under the proposed RCEP. ‘Detrimental to farmers’

Veteran dairy player RG Chandramogan from Hatsun Agro believes that though it is premature to comment on the FTA without a final word from the ministry, if it happens, “it will be detrimental to our farmers. Because, there is no other agri commodity than milk, which provides liquidity to farmers on a weekly basis. There may be prominence of certain crops in certain States, but milk remains the lifeline of farmers, where he gets the liquidity. If this liquidity stops, it will choke the entire system.”

Chandramogan added that over the years, milk has proved to be the only agri-commodity which has least volatility in prices.

“This is the only stable-priced agri commodity. There is hardly 8-10 per cent volatility in milk prices for farmers,” he said.

The cooperative milk distribution system developed by Verghese Kurien is seen bringing more earnings for milk producers than anywhere in the world, he added. ‘No middlemen’

“Though, we are paying a little higher price to farmers, the consumers are not penalised. In the US, only one-third or about 30 per cent of the retail milk price actually goes to farmers, while here it is about 70-80 per cent. The cost of distribution in India is well-compressed as this system doesn’t have middlemen,” said Chandramogan.

This means Indian consumers get high quality milk at one of the cheapest rates globally.

For farmers, milk is the highest valuable crop, giving 27 per cent of agricultural income, which cannot be ignored to realise the mission of doubling farmers’ income.