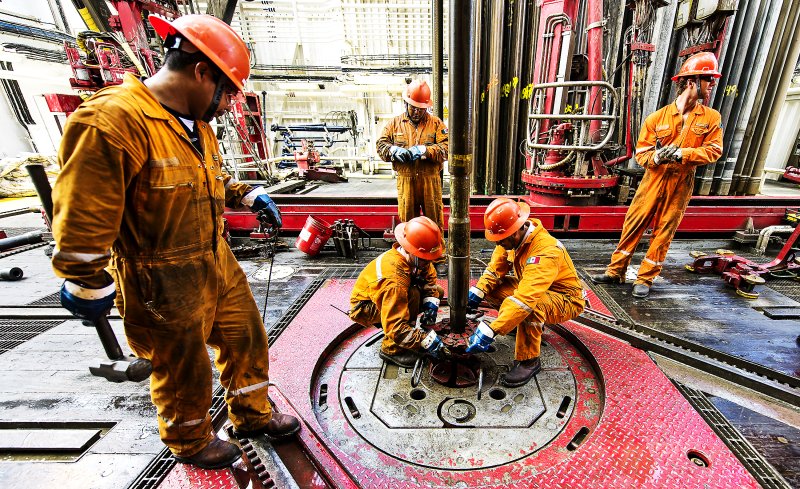 While the global community is focused on addressing climate impacts, the US and Mexico are rushing to exploit Mexico’s untapped oil and gas reserves. Earlier this year, Mexican oil company Petroleos Mexicanos (Pemex) signed its first contract with a consortium of foreign companies, led by U.S. oil giant Chevron. The deal is the first of many born of Mexico’s energy reform that – for the first time in over 75 years – opened up oil and gas exploration, exploitation, and direct investment to private entities.

The energy reform included a lengthy list of new and amended laws, as well as constitutional reforms, all passed in less than twelve months between 2013 and 2014. Yet this seemingly rapid reform comes after decades of failed attempts due to political wrangling, battles within state agencies, and strenuous opposition from the majority of Mexican citizens. A survey in 2013 reported that 83.52 percent of Mexican citizens were vehemently opposed to the privatization of Pemex.

Seeking to increase investment in Mexico’s energy sector by rewriting the rules for energy companies and energy policy, the laws include creating new regulatory agencies, phasing out price controls, and introducing flexible royalties and sliding-scale taxation. Moreover, the reforms were targeted to attract private investment from national and foreign companies to explore, extract, and sell hydrocarbons, as well as from the electricity sector.

The drastic changes to energy policy came amidst a series of other efforts to increase Mexico’s “competitiveness,” ramp up the drug war, and open the country to private investment, including through reforms to Mexico’s judicial system, financial regulation, and security policies. In 2014, President Peña Nieto announced a new police force, or gendarmerie, of 5,000 new officers who will be deployed specifically to protect economic activity of national interest, such as oil production.

Civil society organizations in Mexico denounced the energy reform process for violating the public’s right to access to information, participation, and the rights of indigenous peoples to prior consultation and consent. They highlighted that the Mexican government’s profits from the state-owned company would now go to private companies, which could dramatically impact the national budget. Communities impacted by existing energy projects have experienced forced evictions and violence; community leaders and human rights defenders who have publicly opposed the projects have also been targets of systematic threats and harassment. Mexicans have said that more investment in these projects with no protections for impacted communities means more rights violations. At a 2015 hearing at the Inter-American Commission on Human Rights, organizations stressed that the impacts of the reforms will be so widespread as to violate the right to a clean environment, the right to health and to food. as well as the right to adequate housing – not just now, but also for future generations.

Legal efforts by Mexican civil society to block the reforms were blocked. The Mexican Supreme Court rejected a public referendum on the reforms arguing that they related only to government income and expenditures and therefore were excluded from public participation. The National Human Rights Commission rejected a separate complaint challenging the constitutionality of the reforms, on the grounds that the energy reform did not bear any relation to human rights.

By 2017, some the impacts of these reforms have started to take shape. Mexico’s energy secretary estimated that there has been US$49 billion committed by international investors in exploration and drilling since 2015.

U.S. oil companies, specifically, are chomping at the bit. In the second half of 2016, Mexico’s National Hydrocarbons Commission (CNH) held several auctions. In the first sale of deep-water oil licenses, American companies won five out of the eight blocks in the Gulf of Mexico. Pemex then signed the first contract for deep-water exploration with Chevron, in February of this year. Texan refiner Tesoro became the first private firm to win the right to transport refined oil through Pemex’s own tanks and pipelines.

Multilateral banks are also getting in on the action. For example, in 2015, the International Finance Corporation (IFC) – the World Bank’s private lending arm – approved a US$60 million equity investment in a newly created company, Citla Energy. Citla is backed by ACON Investments, a U.S. private equity firm, which will be working to generate financing of up to US$1 billion for Citla “to take advantage of the opportunities created by the historic opening of the Mexican oil and gas sector to the private sector.”

The rush on Mexico’s undeveloped oil and gas reserves comes just as Donald Trump has initiated a process to re-negotiate the North-American Free Trade Agreement (NAFTA). A new NAFTA has raised immense concern from civil society in Canada, the US, and Mexico, echoing many of the same concerns raised by Mexican organizations about the energy reform.

At the end of May, more than a hundred people representing dozens of organizations met in Mexico City at the #BeyondNAFTA conference, calling for negotiations to be conducted transparently and democratically. Melissa Blue Sky, who participated on behalf of the Center for International Environmental Law (CIEL), reported that groups raised the need for “enforceable commitments to protect labor and the environment, the rights of migrant workers and indigenous people, binding obligations to address climate change, and opposition to Investor State Dispute Settlement (ISDS).” The US Trade Representative’s comment period on the issue came to a close just last week, and tens of thousands of people sent comments, apparently crashing the site for a time. CIEL’s comments stressed the need for the NAFTA to exclude energy and eliminate fossil fuel subsidies, while stressing that the agreement must incentivize and expand socially and environmentally responsible trade and investment practices. The comments also called for the elimination of the investor-state dispute settlement system that allows corporations to sue countries for enforcing environmental regulations.

While the renegotiation of NAFTA raises diverse concerns for civil society in the United States and Mexico, the outcome may hold particular significance for Mexico’s changing energy sector, at a time when the country’s commitment to reduce emissions is more crucial than ever.

Amidst these political negotiations and the private sector’s rush to invest, the clear losers will be the environment, communities impacted by energy projects, and the global movement for climate action. The environmental risks that come with deep-water drilling, fracking, and other oil infrastructure are associated with long-term, often irreversible impacts on ecosystems. Over the long term, the global community will suffer the consequences of climate impacts.

While Mexico has pledged to reduce its greenhouse gas (GHG) emissions as part of the Paris Agreement, its focus on exploiting vast new quantities of hydrocarbons also raises fundamental questions about the country’s ability to take sufficient steps to combat climate change. Although this oil may not be consumed directly in Mexico, it will obstruct global efforts to scale back emissions. A recent study suggests that in order for the Latin America to do its part in keeping the earth from warming more than two degrees, 40 percent of the region’s oil will have to stay in the ground. Yet Mexico’s energy reforms will likely result in the extraction of several billion more barrels of oil from the earth in the coming decades.

Now more than ever, governments and the private sector must think beyond short-term profits. Auctions of Mexican oil fields and deep-water drilling sites must be submitted to public consultation and strenuous environmental assessments. NAFTA must include binding environmental protections and transparent mechanisms for public input, monitoring, and enforcement. And multilateral banks such as the World Bank – which has committed to promoting cleaner energy – should withdraw from any investments in Mexico’s hydrocarbons.

Our future depends on it.