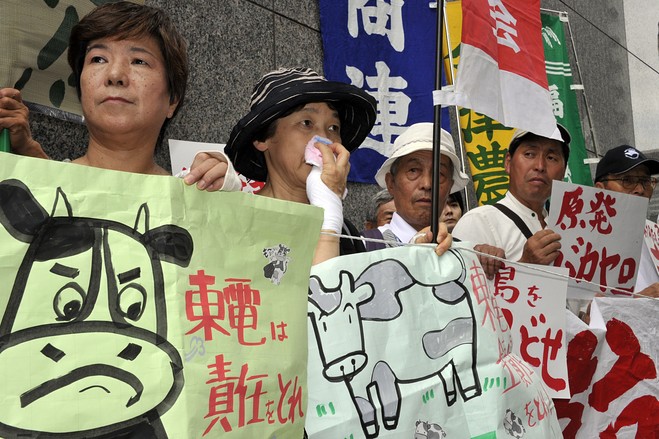 Results of last EU-Japan negotiating round

The Commission released its report on the latest EU-Japan negotiations, which happened between April 11-20 in Tokyo. As in any FTA negotiation, agricultural issues are at the forefront.

— Agri-fish market access: There was no breakthrough for agricultural products, but the fish front had a little more luck. Negotiators agreed that Japan would remove its 3.5 percent tariff for bluefin tuna imported from the EU on condition that the fish is actually caught by an EU vessel.

— Geographical indications: This round, the Japanese agriculture ministry told the EU how many European GIs conflict with locally made products. It found that out of 72 proposed GIs, 61 are “not too problematic.” That leaves 11 — of which most are to be discussed bilaterally. The Japanese also presented a list of eight of their own GIs. Despite all this, there wasn’t much progress on the actual text. “Both sides reviewed the draft text without agreeing to substantial changes,” said the document. Neither has any progress been made on discussions surrounding alcoholic drinks.

— SPS measures: The two are close to an agreement on equivalence for sanitary and phytosanitary measures. However, Japan has countered an EU offer on “regional conditions” and proposed its own — “to the disappointment of the Commission.” Regional-conditions discussions are generally held because it doesn’t always make sense to impose the same SPS measures when differing climatic conditions, and disease and pest problems, affects food safety differently.

— Animal welfare: “Internal consultations are still needed on the scope (Japan asks for the exclusion of aquatic animals) and on the possibility to create ad hoc working group,” says the document. (Don’t blame Morning Agri for the missing indefinite article).

— ‘Very slow progress’ was made on rules for trade in goods, “even though no fundamental differences of view exist.”

— Tokyo isn’t so cooperative: Japan “cannot for the moment share the objective of progressive and reciprocal elimination of tariffs.”

Morning Trade’s take: Japan is prioritizing the ratification of the Trans-Pacific Partnership, and no substantive progress will be made before the summer break.