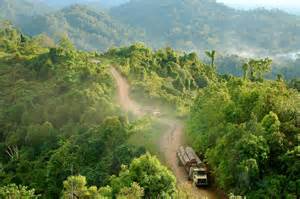 It should not come as a shock that Indonesia wants to update, modernize and balance its BITs. But it would be shocking if today there were loud protestations against changing the BITs were signed in the previous century.

Indonesia’s intention to end bilateral investment treaties (BIT) has been questioned again and again, most recently in an article published on July 1 in the Financial Times (FT).

The notion that Indonesia is bad news for foreign investment had previously surfaced in the same publication on March 26, and it appears to be gaining popularity globally.

My colleague from the center for international law at National University of Singapore, Prof. Michael Ewing-Chow, alongside his Indonesian research partner, James Losari, have rightly challenged the use of the term “terminate” as used by the FT.

They prefer a more factually correct expression like “Indonesia is letting its bilateral treaties lapse so as to negotiate better ones.”

Ever since, reports from international lawyers proclaiming that Indonesia would unfairly terminate all bilateral investment treaties began to spread like wildfire.

Of course, “Buy America” or promotion of European industry is not economic nationalism, it is just a good policy; and countries must consider doing exactly just that. Imagine: Buy Indonesia law!

Dutch and Indonesian civil societies, however, consider this move “a brave decision”. They believe that Western BITs are aggressive and only represent corporate interests.

No doubt Indonesians are brave people. We achieved independence through struggle, not as a benevolent gift. We fought long, bloody and heavy battles in villages, cities, foreign capitals and the United Nations.

However, in this context, the right word is neither bravery nor nationalism. It is simply fairness — nothing heroic or fanatic about it.

Then, the Indonesian economy was under the spell of Inter-Governmental Group on Indonesia (IGGI). And in those days, China and Korea were not yet global economic players.

The words “foreign investment” was thus synonymous with Western investment. To imagine an Indonesian buying a European soccer club or investing in European business was the idea of a mad man.

One of Indonesian BIT was, and still is, exclusively designed to protect foreign investments in Indonesia and it does not provide for the possibility of protecting Indonesian investment. There is no reciprocity, it is a one-way street. Indonesia is considered a place to play, not a player.

This is neither a fair nor respectful state of affairs.

The changing world has not only affected the nature of the Indonesian economy and of Asian economies regionally; it has also affected the nature of Indonesian partners themselves. ASEAN, for example, will become a community in 2015, something unimaginable in the previous century. And ASEAN will enlarge its free trade areas (FTA) to create a regional economic partnership, the Regional Comprehensive Economic Partnership (RCEP), which will cover 3 billion people.

Meanwhile, the European Union (EU) in a post-Lisbon Treaty world has found itself deeply integrated, creating the peace, stability and wealth that many in the world seek.

Today, EU member states are not allowed to negotiate FTAs or BITs by themselves. Sovereignty on this matter has been delegated to the EU trade commissioner, who wields a very powerful portfolio in Brussels.

Indonesia is not seeking to terminate all BITs unilaterally at once. Rather, Indonesia intends to discontinue BITs in accordance with the terms of the treaties. Legally, this is neither illegal nor nationalistic. This is not a rocket science. Thus, the flurry of allegations coming from my fellow lawyers are neither warranted nor rational — maybe Shakespeare was right about lawyers.

The fact that Indonesia has 67 BITs from the previous century in so many different forms raises a pertinent question of whether Indonesia needs a standardized BIT, or if the country should just let every BIT be negotiated and signed individually without regard for consistency or changing realities. I strongly believe that a consistent template is required to serve as guidance for our BIT negotiators.

It should not come as a shock that Indonesia wants to update, modernize and balance its BITs. But it would be shocking if today there were loud protestations against changing the BITs were signed in the previous century.

Or, expectations for Indonesia to continue accepting one-way BITs while at the same time pressuring the nation not to let all of its natural resources be taken away raw.

Many seem to have the perspective, “If Indonesia is noisy, just label it nationalistic”. That sounds like some 18th century stuff.

Indonesia should invest in building an army of highly intelligent and assertive international trade and investment lawyers and it should equip them with a proper mandate to defend the country’s interests through strong litigation, bringing as many cases as possible to the World Trade Organization (WTO).

Now, that would be some 21st century stuff.

The writer is Indonesian Ambassador to Belgium in Brussels and a member of the Executive Council of the Asian Society of International Law at Harvard Law School 1992. The views expressed are his own.