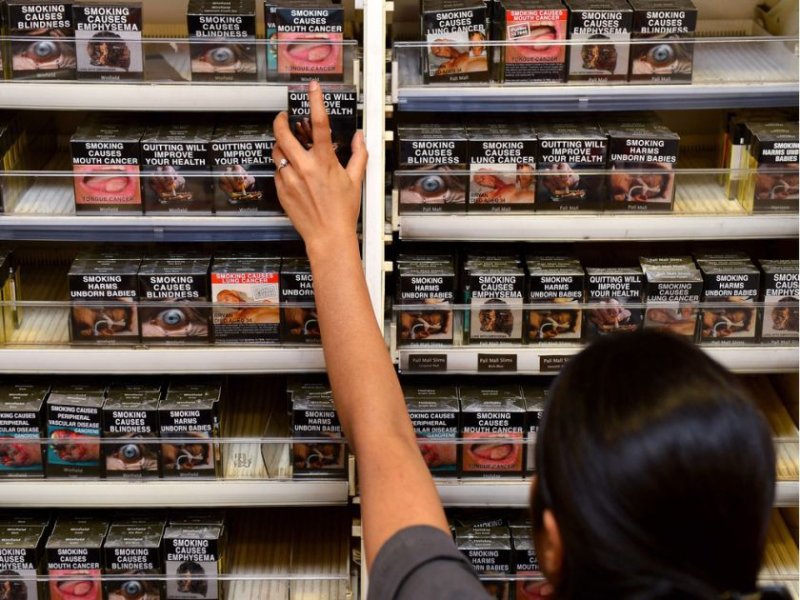 by Gareth Hutchens and Christopher Knaus

The cost to taxpayers of the Australian government’s six-year legal battle with the tobacco giant Philip Morris over plain packaging laws can finally be revealed, despite the government’s efforts to keep the cost secret.

That is the total legal amount invoiced to the Department of Health on behalf of the commonwealth by “external service providers”, related to the bilateral-investment treaty dispute between Australia and Philip Morris Asia for the financial year 2011-12 through to October 2016.

The department said some of that amount may not relate solely to the Philip Morris Asia dispute, because some service providers have worked on that dispute and other tobacco plain packaging litigation matters, and invoices for their work have not been disaggregated. ’Resounding victory’: Australia wins tobacco plain packaging dispute Read more

However, that figure has been provided as the “grand total” amount after a two-year freedom of information battle by former senator Nick Xenophon and his former staffer, now Centre Alliance senator, Rex Patrick.

Xenophon and Patrick lodged their freedom of information request in 2016 because they were concerned about the way in which Philip Morris had launched its legal case.

Philip Morris had taken its case to the permanent court of arbitration in 2012, using a clause in a 1993 Hong Kong-Australia trade deal to sue the Australian government.

It used a so-called investor-state dispute settlement clause (ISDS). Such clauses are also contained in the new TPP-11 trade deal, currently being examined by a Senate inquiry.

The new TPP has specific provisions that prevent tobacco companies from suing Australia over its tobacco control laws.

Philip Morris Asia lost its multi-year case, with the court ordering the tobacco giant to pay Australia’s legal costs in 2017, but the commonwealth government has resisted freedom of information requests for the past two years to reveal the full legal costs.

The government was ordered to disclose the information by the information commissioner this year. The Department of Health even lodged an appeal in the administrative appeals tribunal in March to prevent the disclosure.

Patrick said he was blown away by the “mammoth cost” to taxpayers of the legal fight.

“This is exactly why Australia must stop signing up to free trade agreements with these insidious ISDS provisions in them,” he said.

“I accept the government had to defend the matter, but if we hadn’t signed up to the Hong Kong agreement with ISDS provisions in it then there would not have been a tribunal hearing. Imagine what health outcomes could have been achieved with that $39m.”

Patrick said the ISDS provisions in the TPP-11 could expose taxpayers to tens of millions of dollars in legal fees and potentially billions in damages in the event that federal parliament makes changes to laws that don’t suit foreign companies.

Last week, the commonwealth government triumphed in another major trade dispute over its plain packaging laws, with World Trade Organisation judges rejecting a complaint brought by Cuba, Indonesia, Honduras and the Dominican Republic.

The challenge to Australia was seen as a test case for public health legislation globally, and its win could lead to tighter marketing rules for unhealthy foods and alcohol as well as tobacco.

Honduras has indicated it is likely to appeal, saying in a statement the ruling contained legal and factual errors and appeared not to be even-handed, objective or respectful of the complainants’ rights.