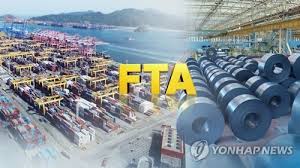 (Yonhap) South Korea said Thursday it will hold a public hearing on the envisioned free trade pact with Uzbekistan, as the country aims to boost exports in the face of the new coronavirus pandemic.

The meeting will be held Friday by inviting representatives from business, energy and agricultural groups, according to the Ministry of Trade, Industry and Energy.

South Korea and Uzbekistan have already completed a feasibility study on the proposed free trade agreement.

Earlier this month, Finance Minister Hong Nam-ki and Sardor Umurzakov, Uzbekistan’s deputy prime minister for investment and foreign economic relations, held talks in Seoul, during which they agreed to speed up preparations for the FTA.

Uzbekistan was the 35th-largest export destination for South Korea last year. Outbound shipments to the central Asian country reached $2.3 billion in 2019, up 10.4 percent from a year earlier.

South Korea’s overall exports dropped more than 10 percent in 2019 on-year due to the growing trade row between the United States and China, along with a drop in chip prices.

South Korea has been making efforts to diversify its trade portfolio to not only ease its dependence on the US and China but also to overcome the economic jitters caused by the COVID-19 pandemic.

Exports are expected to fall 9 percent on-year in July, possibly extending a slump to the fifth consecutive month, a poll by Yonhap Infomax, the financial news arm of Yonhap News Agency, showed this week.

This week, Seoul and Phnom Penh launched their first round of negotiations to clinch yet another FTA. (Yonhap)