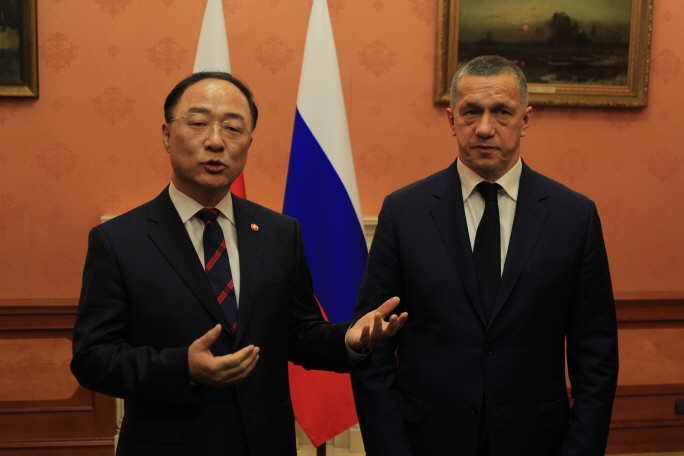 During the annual meeting on economic cooperation between South Korea and Russia, held in Moscow, South Korean Finance Minister Hong Nam-ki proposed a US$1-billion joint fund to beef up the supply chain of industrial materials and parts by investing in core technologies, according to the ministry.

The first batch of funding will amount to $400 million and gradually be expanded to invest in other areas, such as healthcare, down the road, the ministry added.

The two nations agreed to speed up free trade negotiations in the service and investment sectors with a goal of striking the deal in 2020, as they seek to broaden partnerships on science, information and communications technology, and medical services, the ministry said.

The trade volume between the two countries has been growing sharply in recent decades to reach $24.8 billion last year, up from $190 million in 1992.

The action plan, proposed by South Korean President Moon Jae-in 2017, includes a proposal for joint research among South and North Korea and Russia for economic cooperation on railways, natural gas and electricity.

Moon has been implementing the New Northern Policy, which centers on expanding economic ties with various partners, including Russia.