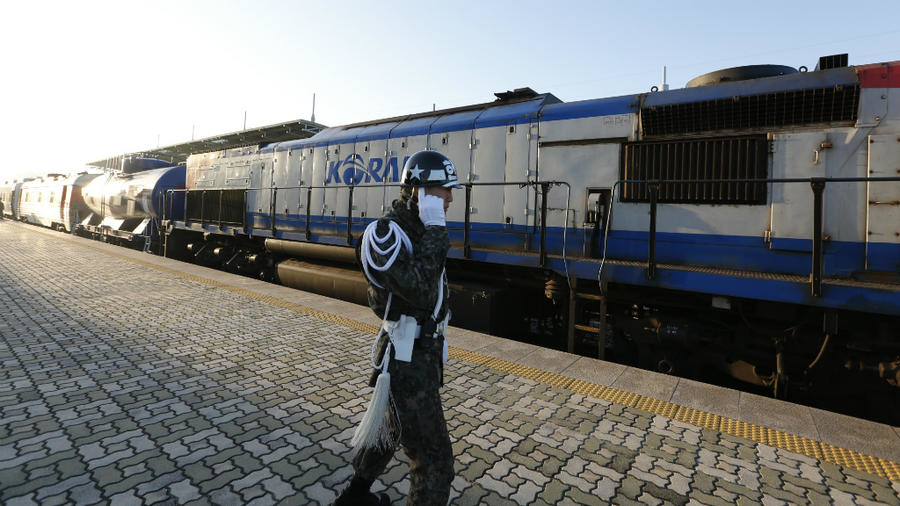 South Korea plans to bolster economic ties with Russia, Mongolia and other Central Asian nations and use the momentum to buttress recovery of the export-driven economy, the top fiscal policy chief said Monday.

“We will strengthen economic cooperation with our neighboring nations in line with the New Northern Policy,” said Deputy Prime Minister and Finance Minister Hong Nam-ki in a meeting with economy-related ministers.

A cooperative scheme with Russia in nine key sectors including railways, electricity, shipbuilding, ports, gas and fisheries — called “the nine bridges cooperation system” — will be expanded and reformed, he said.

South Korea will celebrate the 30th anniversary of establishing its diplomatic ties with Russia and Mongolia this year.

Referring to the easing tensions between US and China on their trade ties and also curbed fears on a possible war in the Middle East, Hong also expressed confidence that such positive signs as well as external momentum that the administration is opting for would support a rebound of the nation’s real economy.

By injecting 240.5 trillion won ($208 billion) of export financing and other supportive measures, the government will put a brake on a 13-month losing exports streak, Hong added.

His remarks come days after President Moon Jae-in was briefed by the Presidential Committee on Northern Economic Cooperation on Friday, regarding the policy goals. Moon hailed the committee’s plans and efforts to being tangible accomplishments from the New Northern Policy, which focuses on building diplomatic and economic ties with Russia and Central Asian nations.

Experts interpreted his remarks as the government’s willingness to make headways in relations with North Korea through renewed railway network talks with Moscow. The initial talks of connecting the Korean Peninsula with China and Russia via railways and roads are apparently stalled due to lackluster progress in the inter-Korean railway reconnection project blocked by United Nations sanctions.

“China and Russia last month proposed the UN council to lift a raft of sanctions on North Korea and ease restrictions on its infrastructure projects,” Koh Yu-hwan, a professor of North Korean Studies at Dongguk University told The Korea Herald.

“Hong and Cheong Wa Dae’s remarks can be seen as an expression of willingness to support the proposal and join them in the cause,” he added.

Koh, who attended the annual Eastern Economic Forum held in Vladivostok, Russia, in September last year, said that Moscow has lost interest in the railway project due to the sanctions that maintain a tight grip on Pyongyang. Hong had also attended the forum.

The inter-Korean railway reconnection project has been halted for nearly a year. It dwindled following surveys of North Korean railway conditions and a symbolic groundbreaking ceremony at a train station near the border town of Kaesong, which took place from late 2018 to early 2019.

On the Regional Comprehensive Economic Partnership, an Asia-Pacific trade deal involving ASEAN nations and its dialogue partners including South Korea, China, Japan, Australia and India, Hong said the government will ramp up efforts to conclude it by the end of the year. A majority of the participating parties reached an agreement on the deal in November 2019.

The RCEP, the biggest trade deal ever signed by South Korea, represents a mega economic bloc accounting for half of the global population and one-third of the world’s gross domestic product.