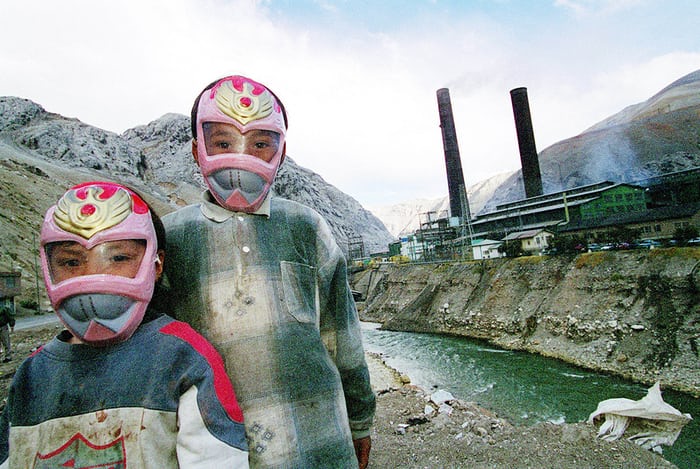 Sacrificing sovereignty and human potential in the name of economic growth

Why are countries so gripped in their quest for economic growth that they are empowering multinational corporations at the expense of their citizens? Instead of signing one-sided Bilateral Investment Treaties that chisel away at their domestic sovereignty, these countries should consider dropping their fixation with BITs, and focus on other ways in which to encourage mutually beneficial investment in sectors crucial to sustainable, pro-poor development.

Since economic liberalisation policies swept through lower and middle incomes in the late 20th century, more and more Bilateral Investment Treaties have been signed with the objective of incentivising foreign investment and promoting economic growth. Influential organisations such as the IMF and World Bank as well as powerful neoliberal governments in the West called for investment in industry as a key to economic development and prosperity. Whilst multinationals have been attracted by cheap labour and raw materials, risks such as expropriation, legal and political uncertainties and high transaction costs have existed in these countries.

The purpose of BITs are to mitigate these risks for foreign investors, by protecting them from domestic laws that hamper their ability to maximise gains from investing. Whilst BITs offer tangible benefits for foreign investors, their implications on host countries are controversial: in desperation for economic growth, policy makers are sacrificing domestic sovereignty through the consequences of investor state dispute settlements, as well as wasting human capital potential by focusing solely on short term gains.

One of the most controversial components of BITs are the ‘investor state dispute settlements’. Cases lack transparency, often being heard behind closed doors by commercial lawyers rather than independent judges. These cases can become expensive for countries. In the last 10 years oil rich Venezuela has paid $5.6 billion in dispute settlements to Western corporations, enough to fully pay for the country’s entire health budget for two and a half months. Expensive settlements not only result in a loss for domestic tax payers footing large bills, but the fear of legal action leads to the ‘chilling effect’, whereby governments refrain from regulating or reforming markets, undermining the role of parliaments and reducing domestic sovereignty.

The broad concept of ‘investors’ and ‘investment’ also go some way to make the treaties unpredictable.

Advocates of BIT claim that any regulation protecting host countries will reduce investment, hampering the economic growth low income countries desperately needed for development. The apparent benefits from investment offset the treaties’ costs. This hypothesis is problematic in numerous ways, not least because studies on the effects of BIT so far have failed to show they have actually lead to a solid increase in investment in host states. South Africa has received little investment from the countries with which it has signed BITs, whilst they have had investment from other countries. Investment depends more heavily on other factors, such road and transport quality. Perhaps host countries would attract healthier, mutually beneficial foreign investment that improves the lives of citizens if they instead developed infrastructure that made investment easier and cheaper. Moreover, those BITs that have led to investments have seen that that types of investment are not in vital sectors for sustainable development, with little investment in water, sanitation, healthcare and education.

BITs were once seen as an effective way for developing countries to demonstrate their readiness and safety for investment. Whilst BITs offer clear and tangible benefits for the ever increasing number of resource extraction corporations investing in resource rich countries, the consequences of these treaties on the states themselves is undoubtedly damaging. Given the negative implications associated with BITs on states’, combined with the lack of evidence on the effectiveness of BITs at increasing foreign investment, policy makers should consider other, pro-citizen methods of increasing investment and achieving sustainable growth. They should note that focusing on infrastructure development and increasing human capital may provide a more sustainable, long-term form of investment. Simultaneously, in order to maintain sovereignty policy makers should insist on settling disputes within their domestic courts rather than through for-profit international arbitrators who gain from investors challenging governments at their tribunals.

Once again, the people are being sacrificed in the name of profit; perhaps it is time to shake off this dangerous obsession and start discovering the potential of human capital, domestic sovereignty and sustainable, pro-poor development.