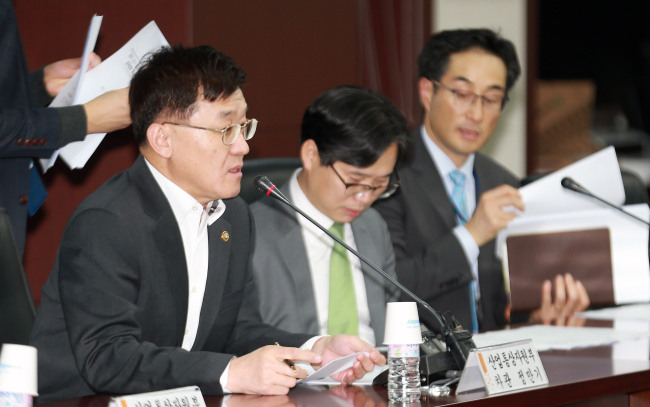 South Korea and Belarus have held talks as part of negotiations to sign a free trade agreement between South Korea and the Eurasian Economic Union(EAEU).

The EAEU was launched in Janaury 2015 as an economic community consisting of Russia, Kazakhstan, Belarus, Armenia and Kyrgyzstan. The regional bloc has a total population of 190 million and its combined gross domestic product amounts to one-point-six trillion dollars. With abundant natural resources and a lack of industrial infrastructure, it is regarded as a promising market for South Korean exporters.