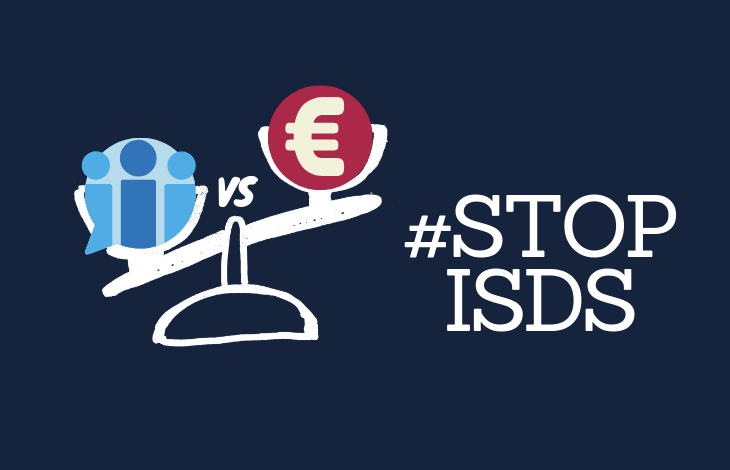 Monday April 8, 2019 : The Transnational Institute has published a sharp critique of the UNCITRAL Working Group III process, which met last week but will be ongoing in 2019. UNCITRAL is one of two institutions which oversee ISDS tribunals.

Investor-State Dispute Settlement clauses or chapters are now in more than 3,000 trade and investment treaties to enable foreign investors to sue governments if they can argue that a change in government law or policy ‘harms’ their investment. Recorded ISDS cases now total 942. Growing resistance from governments subject to these claims drove the United Nations Commission on International Trade Law to begin a review of ISDS in 2017.

The working group met in New York last week, and its mandate clearly states that the negotiations must be ‘government-led’ with ‘high-level input from all governments’, rather than by ‘practitioners’ – the trade lawyers. But advocates of ISDS (industrialised countries and lawyers from the ‘arbitration industry’) dominate the running of the Working Group and its advisory bodies. Civil society is underrepresented. A major US-based civil society organisation critical of ISDS, Public Citizen, was not allowed observer status at the Working Group.

The review agenda is restricted to process and seeks to avoid criticism of unfairness. Whenever critical delegations like South Africa have the floor, ‘their criticisms sometimes don’t even make it into the official reports’, says New Zealand legal scholar Jane Kelsey.

One of the reform proposals on the agenda is a permanent Multilateral Investment Court. According to the European Union, this will address ‘all concerns’. Professor Van Harten says, however, that a permanent court could end up ‘institutionalising [ISDS] without addressing the key flaws’. The International Trade Union Confederation has said : ‘We cannot support a reform that would end up entrenching this parallel system of justice reserved only for foreign investors.’

According to the minutes from the November 2018 session, 12 of the 60 member countries were absent, including Hungary, Libya and Lebanon, although all had been subjected to multiple ISDS claims. Even participating in the meeting is a resource issue for poorer countries.

The article cites the experiences of post-apartheid South Africa, and of Ecuador to expose the deeper problems in ISDS. Ecuador withdrew from all investment treaties in 2017, South Africa withdrew from many after an ISDS case in 2007, and India and Indonesia have done the same. It remains to be seen if their views will be reflected in UNCITRAL reports.