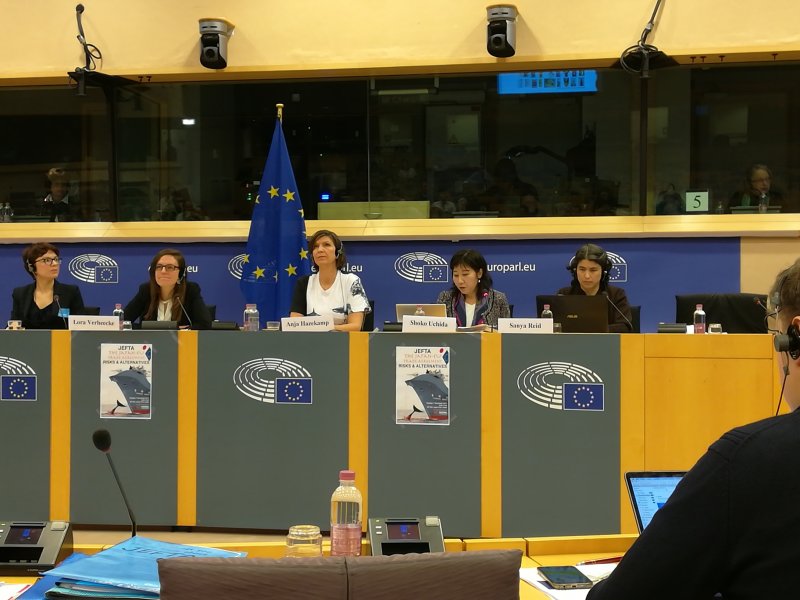 Brussels, 05/07/2018 (Agence Europe) – At their 25th bilateral summit, in Brussels on 11 July, the EU and Japan will sign their strategic partnership agreement, that will govern their relations on the political level in the future in the sectoral domain and as regards international cooperation in the face of global challenges (peace and security, sustainable development and climate change). The will also sign their economic partnership agreement, which was concluded in December 2017 and which will establish free trade between the two partners.

In the face of the USA’s inward-looking protectionism and its disengagement at multilateral level, "these two agreements are a clear sign in favour of an international order founded on rules and against protectionism", a senior European official stated on Thursday 5 July.

The EU and Japan "hope to ratify their economic partnership agreement swiftly, for implementation in early 2019", the official said. In order to do this, the agreement will have to be approved by the European Parliament and the Japanese Diet.

On the European side, this free trade agreement will, in the long term, remove 99% of the customs duties applied to EU exports to Japan. These currently stand at nearly €1 billion. The agreement will create important new openings for the EU in the areas of agriculture, services and public procurement, and it will ensure the protection of European geographical indications in Japan. The agreement is based on the highest standards in terms of labour, safety, the environment and consumer protection. It is also the first trade agreement including a specific commitment to the international climate agreement concluded in Paris in 2015.

Beyond bilateral economic relations, the leaders of the EU and Japan will reaffirm their commitment to free and open trade and to the multilateral trade system governed by the WTO. They are also expected to commit to a modernisation of the WTO in order to create really fair conditions on a global level.

The summit will also be the opportunity to discuss closer cooperation in several areas, especially on issues of security and defence, crisis management, the fight against terrorism, maritime security, education and research, and climate change.

On this point, the leaders of the EU and Japan will underline their commitment to the full implementation of the International Paris climate agreement.

As regards data protection, the leaders are expected to argue for an accelerated dialogue and a swift agreement on an adequate level of personal data protection.

Concerning international relations, the parties are expected to address regional and international issues such as the situations in Ukraine, the Middle East, the South China Sea, the denuclearisation of the Korean peninsula and the Iranian nuclear deal (JCPOA).