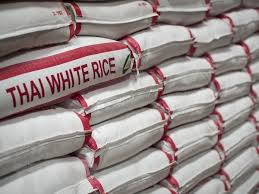 Despite the fast-approaching end to its term, the government has vowed to apply for membership in the Comprehensive and Progressive Agreement for Trans-Pacific Partnership (CPTPP), a newly formed bloc of 11 Pacific Rim nations excluding the United States.

Deputy Prime Minister Somkid Jatusripitak on Friday ordered the Commerce Ministry to submit a request to become a CPTPP member while the government remains in power. Mr Somkid paid a visit to the ministry to discuss the matter with senior officials. At the meeting, he ordered trade negotiators to push for the conclusion of the Regional Comprehensive Economic Partnership (RCEP) this year.

"The government’s clear stance on the CPTPP and the RCEP will help boost trade and investment sentiment," Mr Somkid said. "Despite the transition period before the next government is formed, continuous efforts [by the current government] to build up investor confidence are still a must."

Chutima Bunyapraphasara, the acting commerce minister, said the ministry will call a meeting of a working group on the CPTPP this month to consider a study of the benefits and impacts of the new bloc.

A conclusion of all the pros and cons will be submitted to the cabinet for for consideration in March. Also in March, the ministry is scheduled to submit a proposal to the cabinet to decide whether to join the CPTPP. Once the proposal is approved, the formal request to join s Chutima said.

The CPTPP replaced the Trans-Pacific Partnership (TPP), a similar deal that included the US until the Trump administration decided to withdraw.

In 2018, Thailand’s two-way trade with the 11 countries amounted to copy48.7 billion, with exports from Thailand contributing $77 billion, or 30.5% of Thai exports. Thailand had a trade surplus worth $5.3 billion with the 11 CPTPP members last year.

Ms Chutima said the government is concerned about certain issues such as the Protection of New Varieties of Plants and intellectual property protection.

Nonetheless, the government pledges to seek appropriate measures and remedies for stakeholders who suffer from Thailand’s participation in the CPTPP.

Auramon Supthaweethum, director-general of the Trade Negotiations Department, said the study on the CPTPP was completed earlier this month.