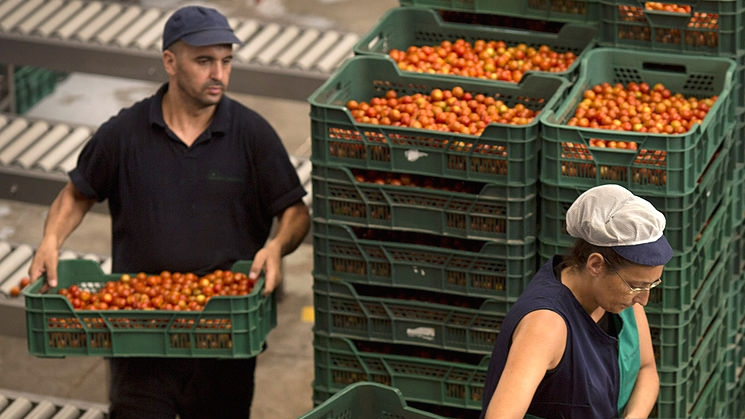 The head for fruits and vegetables at COAG, Andrés Góngora, is requesting in the European Parliament for the immediate implementation of the ruling cancelling the agreement for free agricultural trade between the EU and Morocco because of the illegal inclusion of Western Sahara, a territory over which, according to the UN, the Alawite countries does not have sovereignty.

Góngora is the only representative of Spanish growers taking part in the conference organised in the European Parliament to discuss the ruling of the EU Court of Justice, which is annulling the agricultural agreement between the two territories. During his speech, the Almeria-based producer has analysed the implications of this for the Spanish fruit and vegetable sector.

Meanwhile, the 2015/16 season has been disastrous for tomato producers in Spain and, in general, in the EU. In Spain, according to the Ministry of Agriculture, the average price at origin has stood at 0.50 €/kilo, with record lows of 0.20 €/kilo, according to data from the sector reported by COAG.

"We are talking about an agreement that is deeply damaging to the economy of numerous European production areas and which directly conflicts with our production schedules. And not only that, it is an agreement that is being violated systematically, for the benefit of a few. The control of fraud in EU borders is practically non-existent and the situation is only made worse by weak regulations, tailored to those who want to avoid paying taxes," stated Góngora.

Furthermore, the representative of COAG underlined that the EU-Morocco agreement violates European legislation on the marketing of fresh fruit and vegetables with regard to the accuracy of the information contained in the labelling of Moroccan imports.

"There is a clear violation of the rights of EU citizens as consumers as regards the accuracy of the information contained in the product labelling. European legislation states that the fresh fruit and vegetables sold to the consumer can be marketed only if they mention the country of origin. However, the ability of European consumers to discern whether a product labelled as originating in Morocco comes from this kingdom or from the non-autonomous territory of Western Sahara puts limits on their rights," explained Góngora.