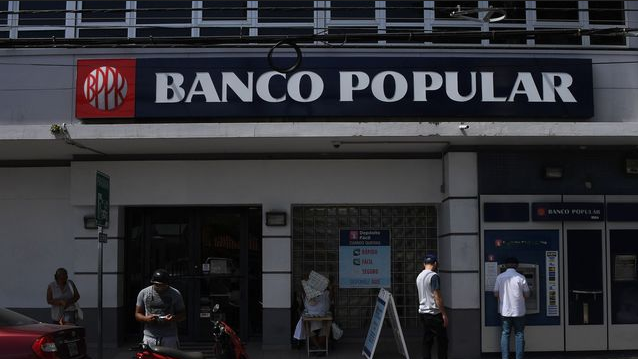 Mexican billionaire Antonio del Valle has launched actions against the Spanish government for its role in the process of putting Banco Popular into resolution and subsequent sale for €1 to Santander.

Valle was the largest shareholder in Popular but existing investors were wiped out in the resolution and sale. He and a group of other Mexican investors, who in aggregate owned 4% of Popular, will argue that the government’s role breached the bilateral investment treaty between Mexico and Spain.

They claim Spanish government bodies exacerbated the situation which led to them incurring losses of €470m.

The group has filed two international arbitrations simultaneously against Spain. These allege that by various actions, Spain did not guarantee that investors were given “fair and equitable treatment” leading to the expropriation of their investments without adequate compensation.

Their major complaint is that then economy minister Luis de Guindos – vice president of the European Central Bank since this June – and government agencies, such as the Bank of Spain and bank rescue fund the FROB, failed to take appropriate measures to prevent the effective bank run in the weeks leading up to Popular’s resolution on June 7 2017.

The arbitration filings claim Spanish state bodies themselves took money out of the bank during this period. This, together with the refusal to grant €6bn of emergency liquidity assistance “to overcome the liquidity crisis that Spain itself had substantially caused”, then “caused depositors to panic”.

The investors say this was then used as a justification to carry out the drastic resolution of the bank and cut-price sale to Santander. The documents state that Santander had told authorities it would be prepared to buy the bank out of resolution but not in a conventional private sale. Santander declined to comment.

The Mexican group states this prevented other investors, including existing holders of securities, from making their own proposals, in violation of the applicable international law.

The Mexican investor group said they had already been approached about possible measures such as a rights issue underwritten partially by Deutsche Bank and Barclays, but these were ignored.

“Spain denied investors fair and equitable treatment, a stable and predictable legal and regulatory environment, protection against arbitrary and non-transparent measures affecting their investments, and against unlawful expropriation,” said Javier Rubinstein, partner at law firm Kirkland & Ellis, which is representing the investors.

The group has already brought actions against the European Commission and Single Resolution Board at the European Court of Justice. In addition in the New York courts it has also sought from Santander further information about what the bank knew ahead of its agreement to buy Popular. The latest arbitration filings stem from the latter process.

With regard to this action against Spain itself, the investors had already informed the government it wanted to lodge a claim under the bilateral investment treaty on January 22 this year. Spain has not responded to that initial approach.

Under the treaty, after six months a claimant can then commence arbitration proceedings.

Rather than launch this action immediately on July 22, the investors waited, partly it is understood to take advantage of Mexico’s new membership of the International Centre for Settlement of Investment Disputes, from the beginning of August.

ICSID is part of the World Bank and is the most commonly used venue to hear such arbitrations.

ICSID must now review the formal application for arbitration. Spain itself has 30 days to respond to the notice. A tribunal will then be formed. It could take up to five years to reach an outcome however.

The Spanish government did not respond to a request for comment.