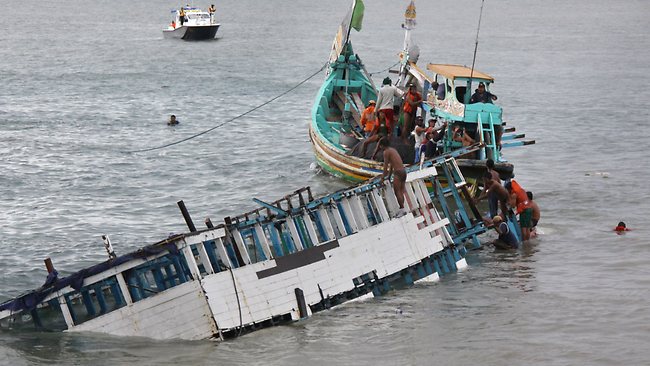 Friction between the two nations include the disagreement over the execution of Australian citizens, a spying scandal and tension over Australia sending boatloads of asylum seekers back to Indonesian waters. (Photo: AFP)

“I would certainly like to get things back on track by the end of year,” Robb said in a phone interview on Monday from New Delhi. A 200-person business delegation that was shelved amid a dispute over Indonesia’s use of the death penalty for drug crimes is now planned for November, he said.

Australia’s bid to sign a comprehensive economic partnership agreement with Indonesia, a potential stepping stone to a free trade pact, has floundered for two years. Friction between the two nations include the disagreement over the execution of Australian citizens, a spying scandal and tension over Australia sending boatloads of asylum seekers back to Indonesian waters.

Robb’s comments reflect Australia’s efforts to shield its economic relationship with its northern neighbor from ups and downs in political ties and expand trade from the A$11.8 billion ($9.2 billion) reached last year. Indonesia is Australia’s 11th-largest trading partner, with the Asian nation buying wheat and live animals while Australia purchases crude petroleum.

“There’s a geopolitical context where we’ve had a few things happening but I think underneath that there’s a sensible recognition on both sides that we’re linked in lots of ways,” Robb said. “It’s critical that we maintain the commercial relationships and then critical that we accelerate them quite significantly.”

Prime Minister Tony Abbott sought to brush off Indonesian concerns this month that Australia paid people smugglers to turn around boats carrying asylum seekers. Canberra just recently returned its ambassador to Jakarta, having recalled him after the executions of two Australian citizens for drug crimes in April.

Robb is in New Delhi for free-trade talks with India after completing deals with China, Japan and South Korea in the past year. India Prime Minister Narendra Modi told Australia’s parliament in November he wants to speed up negotiations on a comprehensive economic partnership agreement.

An India trade deal should be completed this year, Robb said. The first shipments of Australian uranium to India, agreed to in September, should also commence before the end of the year, Robb said.

India, which has an appetite for Australia’s coal, gold and copper, is the nation’s 10th-largest trading partner, accounting for about A$12 billion in exports and imports of merchandise, according to Australian government figures.

Robb said he has encouraged Japan and the U.S. to rethink their decision not to join the China-led Asian Infrastructure Investment Bank.

“We’ve always felt that it would be a good thing for Japan and the U.S. to be a part of this,” he said.

He said he couldn’t pick whether the U.S. will see the 12-nation Trans-Pacific Partnership through to fruition. While the U.S. House on June 19 passed President Barack Obama’s fast-track trade bill that would enable passage of the TPP, the laws still need Senate approval.