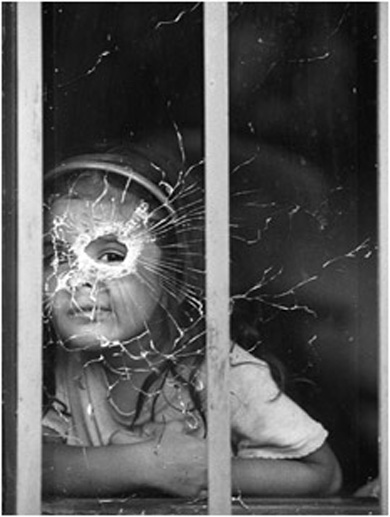 BOGOTA, Colombia — A new study challenges claims from the administration of President Barack Obama that Colombia is making important strides in bringing to justice killers of labor activists and so deserves U.S. congressional approval of a long-stalled free trade pact.

The Human Rights Watch study found "virtually no progress" in getting convictions for killings that have occurred in the past 4 1/2 years.

It counted just six convictions obtained by a special prosecutions unit from 195 slayings between January 2007 and May 2011, with nearly nine in 10 of the unit’s cases from that period in preliminary stages with no suspect formally identified.

Democrats in the U.S. Congress have long resisted bringing the Colombia trade pact to a vote, citing what they said is insufficient success in halting such killings.

The White House disagrees, and says Colombia has made significant progress in addressing anti-unionist violence.

It is pushing for congressional approval as early as this week of the Colombia agreement along with pacts with South Korea and Panama, something the Republicans endorse and that they say will increase U.S. exports by $13 billion a year and support tens of thousands of jobs.

But in Colombia, the world’s most lethal country for labor organizing, the killings haven’t stopped. At least 38 trade unionists have been slain since President Juan Manuel Santos took office in August 2010, says Colombia’s National Labor School.

"A major reason for this ongoing violence has been the chronic lack of accountability for cases of anti-union violence," Human Rights Watch said in a letter sent Thursday to Colombian Chief Prosecutor Viviane Morales that details the study’s findings.

Convictions have been obtained for less than 10 percent of the 2,886 trade unionists killed since 1986, and the rights group said it found "severe shortcomings" in the work of a special unit of Morales’ office established five years ago to solve the slayings. The letter says the unit has demonstrated "a routine failure to adequately investigate the motive" in labor killings as well as to "bring to justice all responsible parties."

A chief finding: The 74 convictions achieved over the past year owe largely to plea bargains with members of illegal far-right militias who confessed to killings in exchange for leniency.

They did so under the so-called Justice and Peace law that gave paramilitary fighters reduced prison sentences of up to eight years in exchange for laying down their arms and confessing to crimes. That law expired at the end of 2006, the year the free trade pact was signed.

Only in a handful of cases did prosecutors pursue evidence that the paramilitaries who confessed acted on the orders of politicians, employers or others, Human Rights Watch says.

Prosecutors "made virtually no progress in prosecuting people who order, pay, instigate or collude with paramilitaries in attacking trade unionists," the letter states. "What is at stake is the justice system’s ability to act as an effective deterrent to anti-union violence."

Of the more than 275 convictions handed down through May, 80 percent were against former members of the United Self-Defense Forces of Colombia, or AUC. The head of international affairs in the chief prosecutor’s office, Francisco Echeverri, told the AP that it has put 513 people in prison.

In nearly half of 50 recent convictions reviewed by Human Rights Watch, the judges cited "evidence pointing to the involvement of members of the security forces or intelligence services, politicians, landowners, bosses or co-workers." Yet in only one of those cases was such an individual convicted.

In the case of a gym teacher and union activist killed in the northwestern town of San Rafael in 2002, one of the paramilitaries who confessed to the crime said it was committed at the request of the mayor, according to the judge’s decision.

The man who was mayor at the time and was re-elected in 2008, Edgar Eladio Giraldo, is not being formally investigated and has not been questioned about the killing, said Hernando Castaneda, chief of the special unit.

"I have no knowledge of that and did not know that I was involved in that," Giraldo told The Associated Press by telephone when asked about the killing of Julio Ernesto Ceballos.

A spokeswoman for Chief Prosecutor Morales said Sunday that her boss had not yet yet seen the Human Rights Watch letter.

Dan Kovalik of the United Steel Workers said the study’s findings and the continued killings "prove what labor is telling the White House: The labor rights situation in Colombia is not improving, and passage of the FTA is not appropriate."

A memo soon to be released by the AFL-CIO deems Colombia noncompliant with the "Labor Action Plan" Santos and Obama agreed to in April as a condition for White House approval of the free trade pact.

In the memo, shown to the AP, the labor federation finds neither "economic, political, or moral justification for rewarding Colombia with a free trade agreement."

Deputy Assistant U.S. Trade Representative Nkenge Harmon said Friday when presented with the study’s findings that Colombia’s record prosecuting "perpetrators of violence" against labor activists "has improved significantly," though she added that Colombian officials acknowledge more needs to be done.

Harmon also stressed that additional Colombian resources are being dedicated to the issue and that the U.S. government "is working intensively with them through training and support."

Human Rights Watch acknowledged that annual trade unionists killings are only a quarter of what they were a decade ago. And it applauded some measures taken by Chief Prosecutor Morales, including her announcement that an additional 100 police investigators would be assigned to the special investigative unit.

A U.S. congressman who has met with various Colombian presidents on human rights issues, Jim McGovern, a Democrat from Massachusetts, doesn’t think enough has been done to reverse what he called a "dismal" record.

Said McGovern: "My worry is that if you approve the FTA at this particular point you remove all the pressure off the powers that be in Colombia to actually make a sincere, honest and concerted attempt to improve the situation."