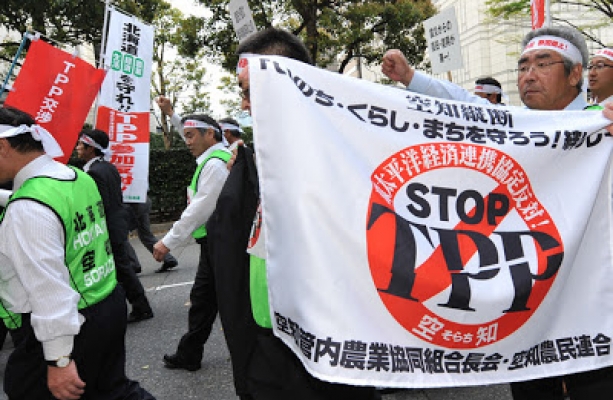 Taiwan, frozen out of RCEP, explores trade agreement options with US By Nick Aspinwall

The world’s largest free trade agreement was signed on Sunday and includes 15 Asia-Pacific nations. Taiwan is not among them. But the country has reasons for optimism in its quest to forge international trade accords despite its ongoing formal diplomatic isolation.

But Taiwan is active in Washington this week, participating in multiple dialogues that could lay groundwork for a long-discussed free trade agreement with the United States.

Chen is scheduled to participate in the inaugural Taiwan-U.S. Economic Prosperity Partnership on Friday. It will be led by U.S. Undersecretary of State Keith Krach, who traveled to Taiwan in September and signed a cooperation agreement under which this week’s meetings are being held.

Taiwan has campaigned for support from Japan, which shepherded the push to salvage the pact after the U.S. pulled out, for its inclusion in the CPTPP. After a 2018 referendum reinforced a ban on importing agricultural products from Japan’s Fukushima region, Taiwan has attempted to work around this ban by lowering tariffs on some agricultural products. Some Japanese officials have since expressed support for Taiwan becoming part of the pact.

Most attention, however, has focused on Taiwan’s trade relationship with the U.S., especially as officials had taken steps to make progress on a Taiwan-U.S. trade pact before President Donald Trump lost his re-election bid to President-elect Joe Biden.

In August, Tsai said Taiwan would ease restrictions on U.S. pork and beef imports that had been seen as the primary obstacle to a trade agreement between the two countries. Taiwan had blocked imports of some meat products containing ractopamine, a feed additive that is banned in most countries.

Republican Representative Michael McCaul told Reuters in September a trade deal with Taiwan is “very much” on the radar screen of the Trump administration. Days later, a group of 42 Republican and eight Democrat senators called for Trump to start negotiating a bilateral trade agreement with Taiwan.

Even if Taiwan may be pushing to forge a trade pact with Trump officials, there are signs a Biden administration will be supportive of further trade negotiations with Taiwan.

In August, Biden foreign policy advisor Antony Blinken tweeted his approval of Tsai’s move to lift restrictions on pork and beef imports, calling it “good for American farmers, ranchers, and our economy.”

Blinken, who is rumored as a candidate to be Biden’s national security advisor or secretary of state, recently spoke with Bi-khim Hsiao, Taiwan’s de facto ambassador to the United States, indicating that a Biden administration will likely retain robust U.S. support for Taiwan.