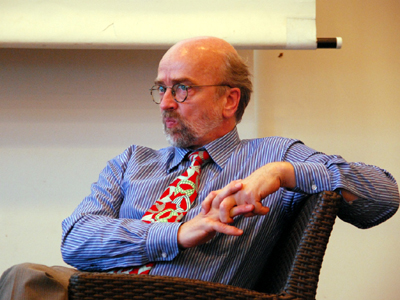 Tanzania has good reasons not to sign the EPAs, say German Scholar

According to the scholar, the treaty has some detrimental clauses that do not serve Tanzania’s national and regional interests.

Prof Asche made the remarks during a public lecture at the University of Dar es Salaam where he argued that the EPAs has got both pros and cons that has be borne in mind before signing.

“On the one hand, there are strategic benefits that come with the EPAs,” said Prof Asche in his lecture titled Rethinking EAC-EU Economic Partnership Agreement (EPA) . “But on the other hand, there are some risks associated with all North-South trade agreements, not just EPAs.”

Prof Asche mentioned some of the advantages of the EPAs to Tanzania including 100 per cent access to the European market.

He said not only that Tanzania can export raw coffee to the European market but also packaged coffee produced locally.

“This is irrevocable. It is for life, contrary to the regime in which [Tanzania is currently] with the EU or the US,” said Prof Asche. “Even if Tanzania graduate to middle-income status.” He says that EPAs also offer beneficial rules of origin for goods fabricated in the East African Community (EAC) countries from imports from elsewhere to free access to the European market.

But he warns that there are also what he called “the flip side of the story” that is not beneficial.

The most critical discrepancy of the EPAs according to Prof Asche is what is often associated with North-South agreements and what he called their aim for ‘deep integration’.

According to him these are agreements that go beyond trade relations, intellectual property rights, investors’ guarantees and several other issues.

“Systematically, Northern countries try to draw you into such kind of contracts and talks which I think is rather a risky thing for you,” he said.

The second overarching problem according to Prof Asche is that many of the clauses in the EPAs treaty – which he said were copied and pasted from the General Agreement on Tariffs and Trade (GATT) of the World Trade Organisation (WTO) – give the EU unfettered access to the country’s raw materials.

“This is the overarching challenge associated with the EPAs. There are clauses in the EPAs that are detrimental to Tanzanian national and regional strategic interests.”

Prof Asche said that if the EPAs will be signed in its current form, the dream of Customs Union will be elusive for the EAC. He warned that the regional block will be limited only to free trade area.

Prof Asche gave various scenarios through which the EPAs can be made beneficial to both the EU and EAC, including holding negotiation at the level of African Continental Free Trade Agreement (AfCFTA).

But he had another scenario which he thinks is more rationale though expressing some feeling of pessimism on its successes.

“Tanzania should talk her EAC peers and convince the EU to rewrite the most detrimental clauses in the EPAs treaty and sign the agreements,” suggested Prof Asche. "You judge whether this is politically the right way."