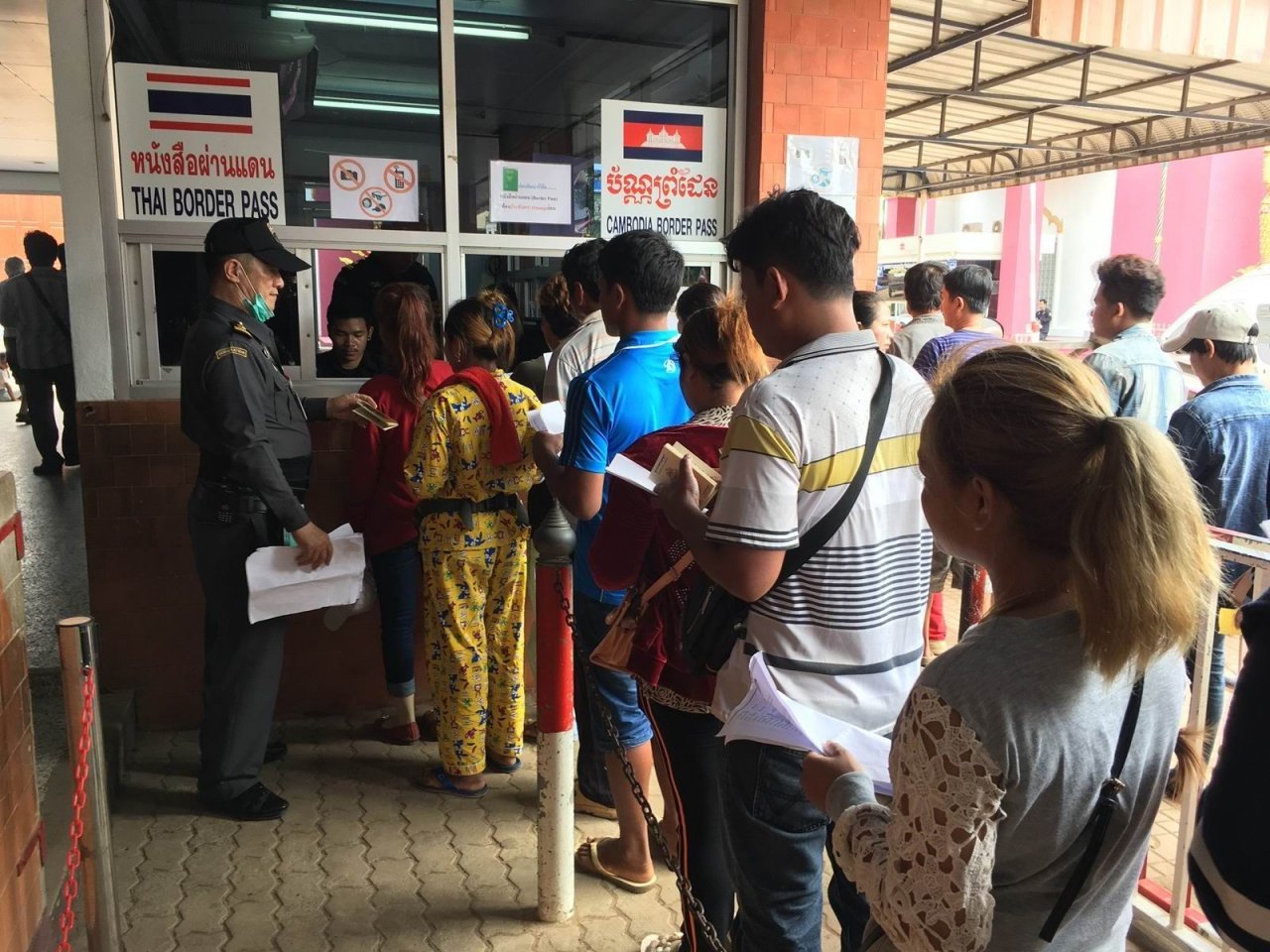 Thailand loses duty free access for 42.2 billion baht in exports to the US market from today, 6 months after Washington warned it would pull back on trade privileges unless the kingdom committed to labour rights reforms. Once trade preferences for Thai products are removed they are subject to tax of between 4% and 5%, making them more expensive in the lucrative US market.

Analysts say they expect the new duties to do little direct damage. The US has said it would restore duties on just under one third of the 1.43 trillion baht worth of Thai imports eligible for duty free treatment under the US Generalised System of Preferences.

The US Trade Representative’s office said in October that Thailand had “yet to take steps to provide internationally recognised worker rights in a number of important areas,” particularly its fishing industry, notorious for slave-labour conditions and human trafficking, 6 years after US unions raised the issue.

The US Embassy in Bangkok told VOA News last week the cuts to Thailand’s trade privileges would go ahead as planned.

Human Rights Watch and other groups have long accused Thailand of “profiting from widespread human trafficking and debt bondage among its millions of migrant workers, who help drive the country’s economy, especially its multibillion dollar seafood industry. In a report on the industry last month, the International Labor Organisation said working conditions are improving, but not by much.

“Serious abuses persist for a significant number of workers surveyed. Injuries are still common, employers still use debt to control employees, and migrants are still barred by law from forming unions.”

The deputy director for Human Rights Watch in Asia says Thailand’s government had done pretty much nothing to address the USTR’s outstanding concerns in the past 6 months and welcomes Washington’s decision to follow through on the benefit cuts.

“These are trade benefits that were voluntarily extended to Thailand based on certain conditions. Those conditions are that Thailand respect labour rights, including freedom of association and right to collectively bargain, and there is plenty of evidence to show Bangkok has not reformed its highly deficient labour law or improved implementation of various laws to protect labour rights.”

Thai government spokeswoman Ratchada Thanadirek say labour law reforms are still in the works but conceded that the results might not satisfy the USTR.

“Having the migrant labour union doesn’t mean you can guarantee the labour rights. But we are guaranteeing and protecting migrant workers’ rights, so I think that is more important than having a union itself.”

As for the lost trade privileges, Ratchada says the volume of Thai exports losing duty-free status is relatively modest and will not trouble the economy much. Analysts and economists agree.

US Commerce Secretary Wilbur Ross himself downplayed the coming cuts as “trivial” after a meeting with Thai PM Prayut Chan-o-cha in November.

“The GSP issue has been blown way out of proportion. It’s no big deal.”